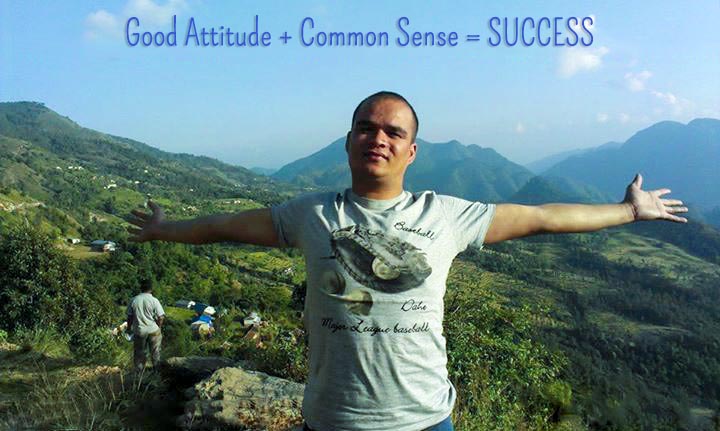 Yam Bahadur Chhetri, a.k.a Uttam by his peers, was born in a small village in Parbat district of Nepal. Having passed his S.L.C. (School Leaving Certificate) in 2053 B.S., he traveled to Varanasi with the motive to join the Indian Army. But fate had something else planned for him as now he’s the founder and CEO of Web Experts Nepal, an all-rounder web solutions. We sat down with him to talk about him and his journey to success which wasn’t an easy one.

What made you want to join the Indian Army?

It was like a trend in that time. You pass your S.L.C and apply for the Indian Army. Also, my father had done the same. To join the Indian Army, I went to Banaras (Varanasi). I was able to reach the final round of Indian Army selection 5 times. However, I was not selected in the final round. That was my first something in life that I wanted to achieve, and I fell short. It was heart breaking.

What did you do after that? 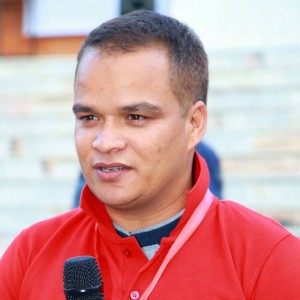 Staying in India was an option, but not sustainable in the long run. As I was growing, I thought that I needed to do something by myself. So, I left India and came back to Nepal.

After coming back, I wanted to go the Middle East for employment. Around that same time, Ujwal Thapa had returned to Nepal from the US and started a company called Digital Max Solutions. He is a relative of mine. Then the situation of the country was perilous – the political instability in Nepal was at its peak; constant curfews. Because of the circumstances, he asked me to stay here in Kathmandu and work for his company until I received my visa for the Middle East.

While working for Digital Max, I had given an interview for the position of a security guard in Dubai and passed it. However, I failed in medical test which was essential for the visa. That was an end to my desire for working .

What were your plans after that?

I started looking into administrative works of the company for a salary that was just enough to survive in Kathmandu during that time. Luckily, Digital Max Solutions were expanding their team. They really appreciated my administrative skills so much that they asked me to work in there for long term which I gladly accepted.

How did you grow on Digital Max?

It was difficult to work there in the beginning because I had little formal education and close-to-none technical knowledge. I was only looking after administrative works. Two of the workers, responsible for bringing in projects, left the company to start their own venture. I wanted to progress, make a name for myself and learn new things. I grabbed that opportunity to spread my horizon of knowledge. I worked nearly 18-hour shifts. Learning technical side of things was an ordeal but I willingly put myself through it.

Administration was your primary Department. Were you confident that you could bring in Projects?

As I said, I grabbed the opportunity to bring in projects into the company after both leads left. Since I didn’t have any technical knowledge, it was very difficult to estimate costs and time with the clients. To make things a little easier, I used to estimate all variables with programmers before considering the clients. Mostly, I focused on my common sense. If not, I used to estimate all the variables with Programmers before considering new projects. This was a great opportunity for me to learn.

How did you get into WordPress?

Sakin Shrestha came in our company as a HR manager. I worked very closely with him. Around the end of 2007, he introduced us to WordPress. Since WordPress was very new, nobody showed interest in it. Until that time, we were creating websites using Joomla, Drupal, phpNuke and custom content management system; and everybody protested against the idea of switching to a relatively new CMS. However, after Sakin showed us how powerful and user-friendly WordPress is by converting the company site into WordPress, we started using it. That’s how we got into WordPress.

What pushed you to work towards a successful career?

I didn’t give up when things were not in my favor. I failed at both of my goals. It did take a toll on my self-confidence. I didn’t have any idea on what to do with my life, oh so confused. But then I thought to doing something rather than fixating on the things I failed. I used failure as my strength. Most people view failure as a weakness. I used it to my favor to succeed in my life. At the end of 2012, I left digital max to start my own company – Web Experts Nepal. That has been my major milestone to date.

What are your future plans?

Nobody knows what the future holds. As of now, we have expanded Web Experts Nepal further into two daughter companies – WEN Themes and WEN Solutions. WEN Themes deals with WordPress theme creation whereas WEN solutions deals with theme reviews.

What is your formula to life?

Well, I have a policy — when I fail at my goals, I try not just to get it up to par, but turn it into a strength. If you look at decisions I’ve made in my life, you’ll see this over and over again. At first, I failed to join army. Instead of getting depressed over the fact, I started to look for new opportunities.

After my visa for the Middle East was rejected, I looked for other doors and found Digital Max. I had no technical skills. My skills were sub-par but my desire to learn and better myself motivated to work the hardest. Giving up was never an option.

This attitude pervades my entire life and my work. Besides attitude, it just feels good to take problems, crush them, and turn them into strengths.

What are your suggestions for new comers?

My basic principle is that “good attitude and common sense” can get you anywhere. If you have an engineering degree, but can’t work besides two other people because of your attitude, what is the use of it? And, I believe common sense is necessary because without it, I wouldn’t be here. I relied on my common sense while tackling tasks which required technical knowledge.

And lastly, focus on your strengths instead of trying to build mediocre skills on everything as it is said, “Rome wasn’t built in a day”.