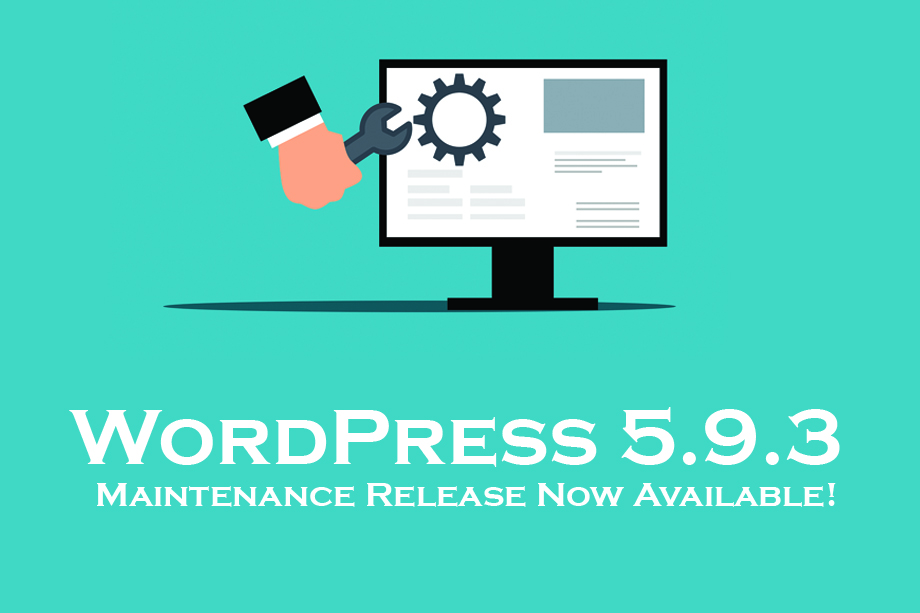 The WordPress 5.9.3 update is a maintenance release and includes a total of 9 bug fixes in Core and 10 fixes in the block editor.

According to the official release announcement, WordPress 5.9.3 release is a short-cycle maintenance release. The next major release will be version 6.0.

You can either directly download  v5.9.3 or venture over to Dashboard > Updates and simply click “Update Now”. Check out some of the easiest ways to update WordPress. Websites that support automatic background updates are already beginning to update to v5.9.3.

Even though this is only a maintenance release, we advise all of you to update your sites as soon as possible and stay up-to-date.

This is the third minor release after the major release of WordPress 5.9. Since its release on January 25, WordPress 5.9 has been downloaded over 83 million times already.

JB Audras and George Mamadashvili co-led this release with contributions from 35 other contributors. JB Audras thanked all the contributors.