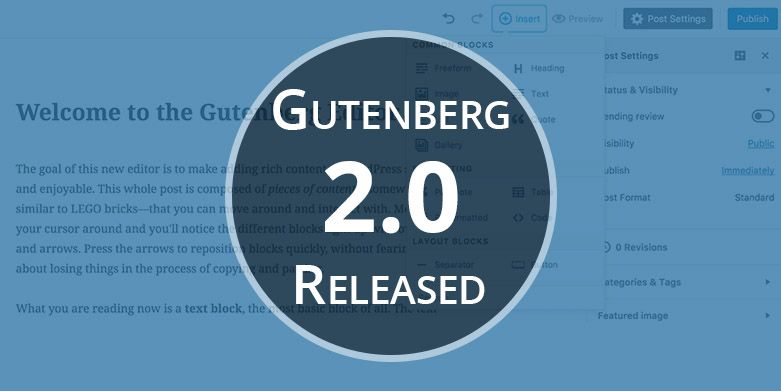 The first update of Gutenberg Editor in the year 2018 is here. The new version of the Gutenberg editor – Gutenberg 2.0 was released on 12th January. The update is rather big than the previous ones, with updates across the board.

The changelog had a full list of 100+ improvements in Gutenberg 2.0 this time. Some of the major updates this time includes several pasting improvements, a more polished publish flow, block API tweaks and extensibility additions, various accessibility improvements, block library updates (like new querying by category in latest posts), etc.

Now, let’s have a quick look at these improvements in Gutenberg 2.0.

The new version of Gutenberg has introduced a more polished publish flow. The developers have replaced the publish drop-down menu with a sidebar panel. Clicking the Publish button now displays options in the sidebar rather than a drop-down menu adding a neat publishing flow in the editor. 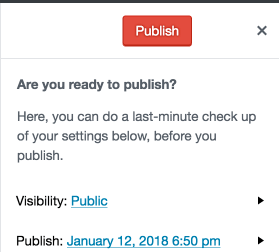 Gutenberg 2.0 includes several pasting improvements, including the improvement in markdown pasting, it allows the lists to be interpreted. The new version allows pasting copied images directly, pasting within lists and heading, allows copying a single block. Also, it has improved handling of inline spans and makes sure inline pasting mechanism does not take place if pasting shortcodes. It now preserves alignment classes during raw transformations (like pasting an old WordPress post), supports shortcode synonyms.

Additionally, the new version has also added a new table of contents and document counts design for better readability. 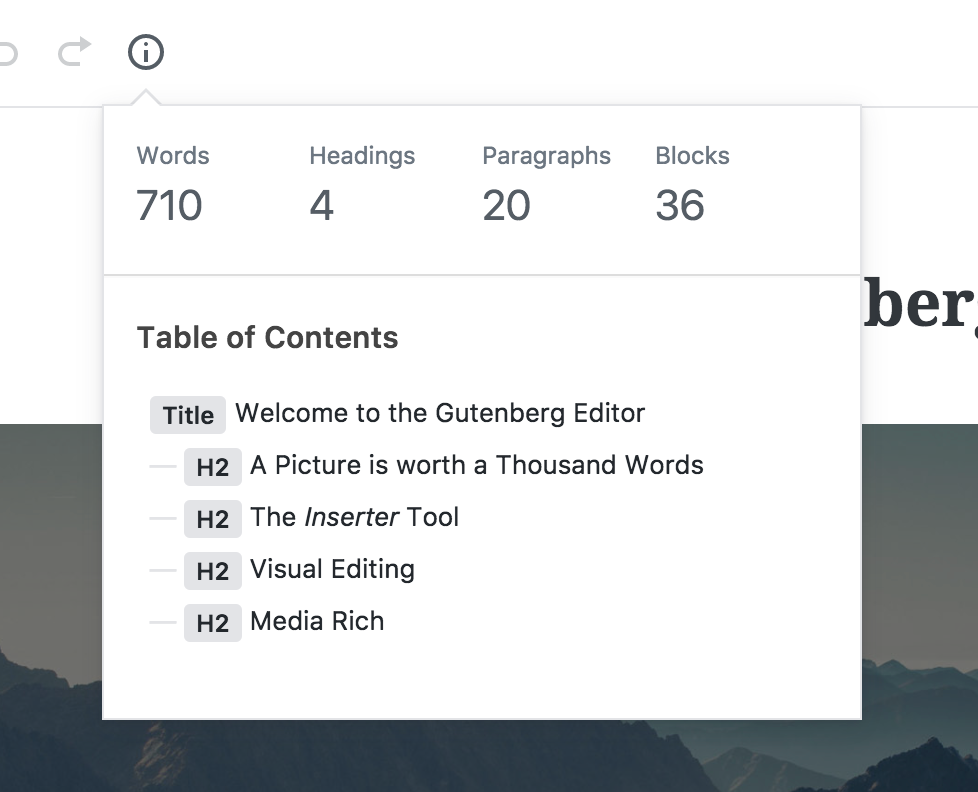 Apart from these improvements, Gutenberg has also introduced a lot of other interesting enhancements. You can check out the full list of changes and improvements in Matias Ventura’s post.

With the opening of New Year 2018, the Gutenberg Editor sure has come up with numerous enhanced featured this time. If you haven’t tested Gutenberg yet, we suggest you try it right away. Subscribe here to keep up with the Gutenberg Editor updates. And if you have any queries, feel free to drop your comments.