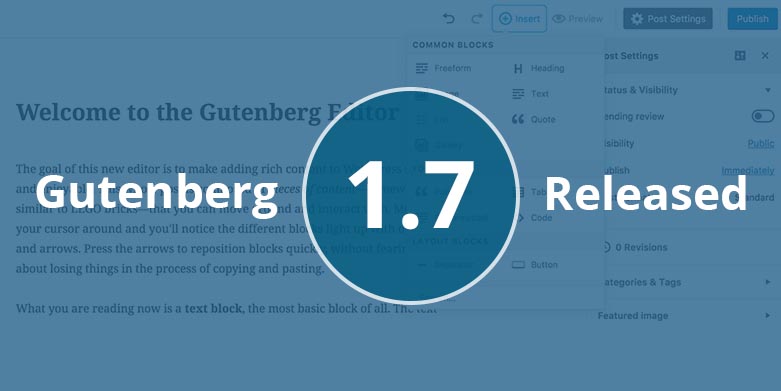 Gutenberg 1.7, another weekly update of Gutenberg Editor was released yesterday. After two weeks of the release of the previous version, Gutenberg 1.6, this time, the changelog had more than 50 improvements along with some new features.

The new 1.7 version has been released with new features, design updates, and the groundwork for nested blocks and block extensibility. Let’s have a quick look at these updates in Gutenberg 1.7.

Gutenberg 1.7 has added a toggle to switch between header toolbar and toolbars attached to each block by opening the toggle menu at the top right and choosing the behavior. It provides an easier way for users to test both types of toolbar styles. 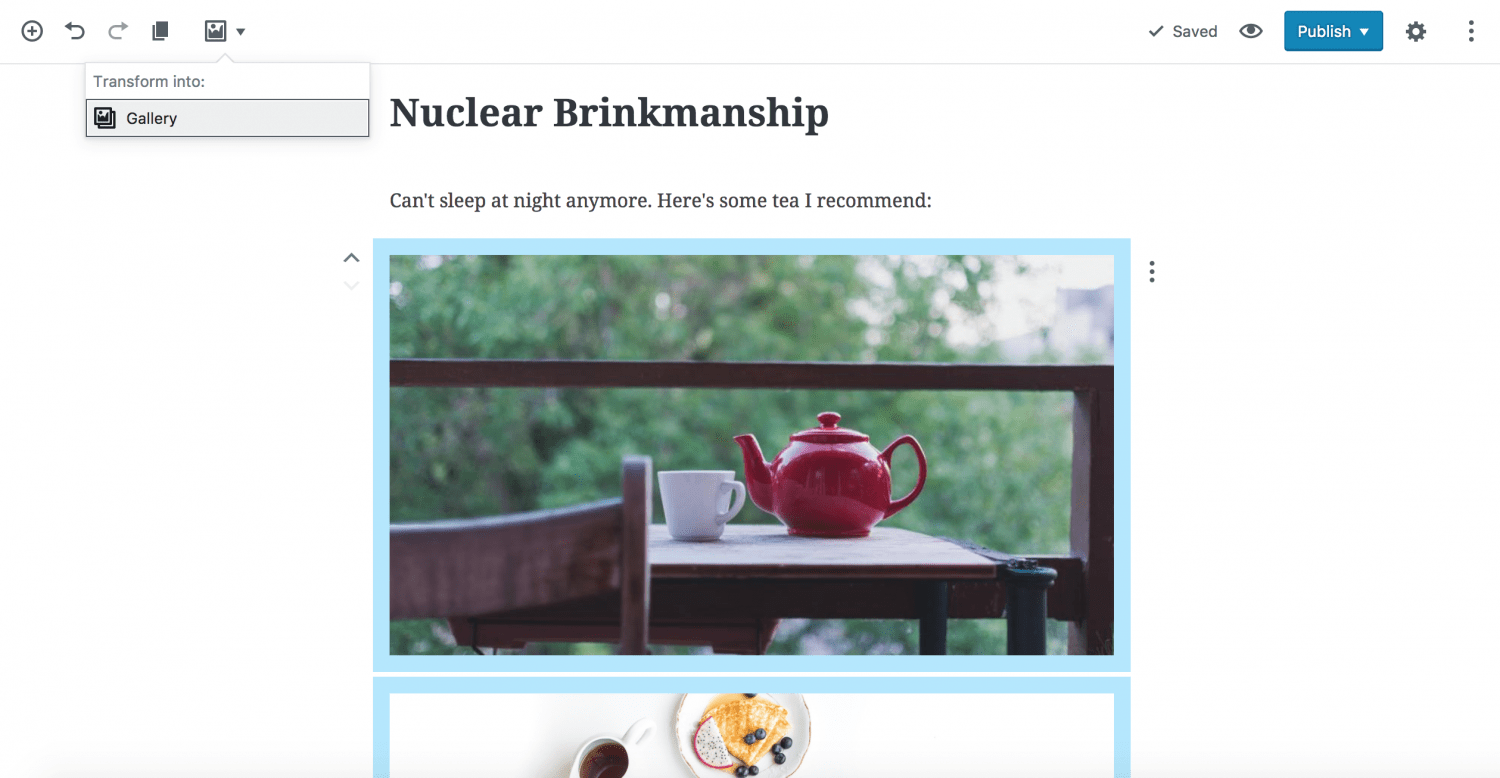 After selecting two or more blocks, the users can click on the block’s settings in the toolbar to transform them. They can also be easily changes back to single blocks. The multi-block transform functionality has been added to the Blocks API so that developers can set isMultiBlock to true to specify blocks that can be transformed.

An alternative to use iframes for meta boxes has landed in Gutenberg 1.7 so that the plugin now renders meta boxes inline. Riad Benguella, Gutenberg engineer wrote and merged the code. Riad said that it doesn’t fix all the meta-box issues and might create some new ones.

Gutenberg 1.7 has also paved the way for nested blocks in the data structure. It also adds hooks for block extensibility and contributors are currently testing how these work internally.

Mentioned below are some of the other enhancements included in Gutenberg 1.7:

Gutenberg’s documentation has also been moved to https://wordpress.org/gutenberg/handbook/, signaling the project is getting closer to becoming part of WordPress. The new editor will be included in WordPress 5.0, which will ship when Gutenberg is ready.