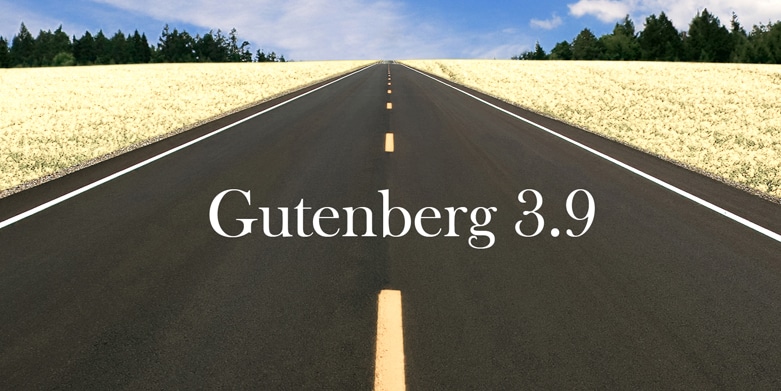 Gutenberg 3.9 – the newest version of Gutenberg has been released with new features and improvements. The new update was released on September 22, 2018, with around 70 enhancements included in it.

The new edition includes a handful of interesting features. It includes the ability to create reusable templates by selecting multiple blocks, support for exporting and importing the templates using a JSON file transport and more. There’s also a visual diff mechanism for comparing options when a block is detected as invalid, toolbar groups can be defined as collapsible into a dropdown to better organize available block controls. The new version has also added a much clearer drag and drop block operations next to the block arrow controls.

Let’s have a quick look at the enhancements in Gutenberg 3.9.

Gutenberg 3.9 has added support for creating reusable blocks of not just the individual blocks but also the multi-selected groups of blocks. The feature provides you with the ability to easily save templates out of an existing set of blocks.

It has added support for importing and exporting reusable blocks using a JSON file transport. The locality of resources can be a problem if importing on a separate WordPress site.

Likewise, another cool feature added in Gutenberg 3.9 is the ability to convert Cover Image to Image and back. You can also use the caption if it exists as the main text.

The new version has added a clear drag handle next to the block arrow controls to drag and move a block; also polishing the drag and drop experience in general.

Gutenberg 3.9 has added Instrument collapsible groups for the block toolbar. It allows to display groups of options as a dropdown and reduce the length and imposition of the toolbar as a whole.

Here are other notable changes in Gutenberg 3.9.

You can check out the full list of changes in Gutenberg 3.9 here.

The Gutenberg Editor is getting better with each updated version since it is getting closer to its final release. Also, the developers are vastly implementing new features and refinements to make it as easier as possible for users to use it with each update. If you haven’t tested it yet, we suggest you give it a try right away. If you find something that bugs you, you’re always welcome to patch things you don’t like in WordPress.