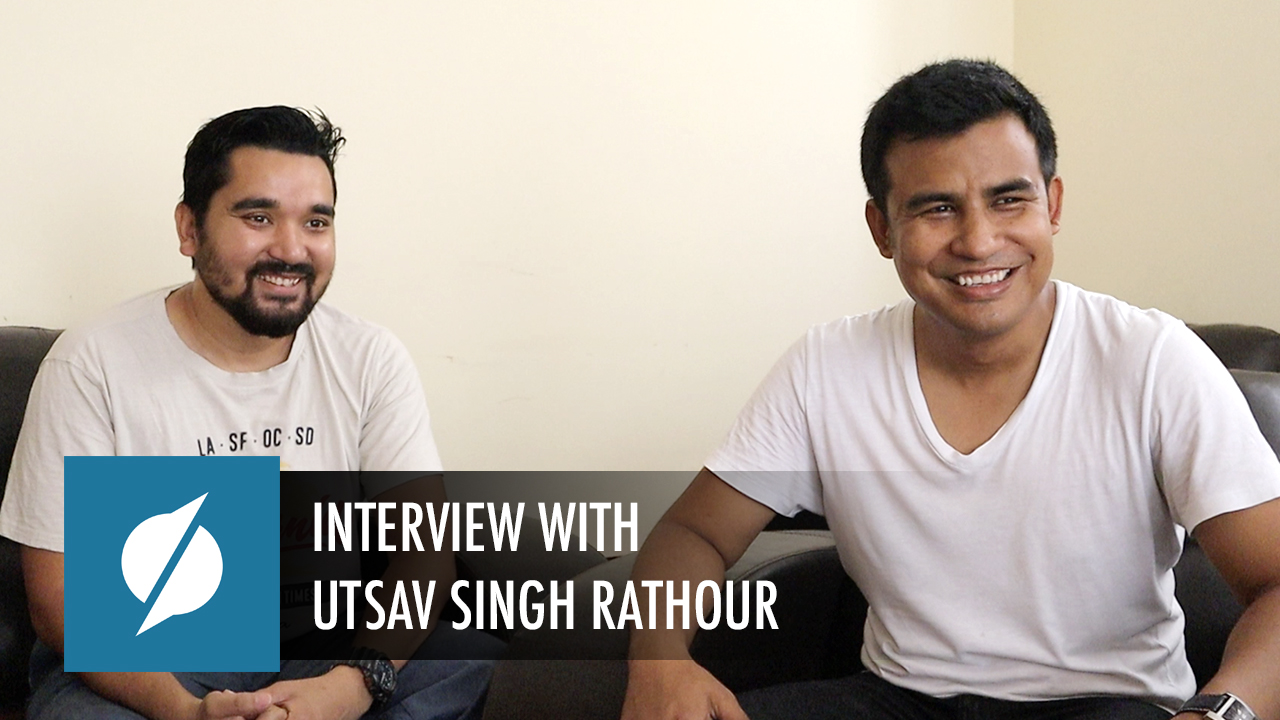 Last month, we initiated a new interview series where we will be interviewing different WordPress personalities every month. So, for the month of May, we interviewed one of the most popular personas in the WordPress community of Nepal, Mr. Utsav Singh Rathour.

Utsav Singh Rathour is the co-founder of Code Pixelz Media. Also, he along with his team sell WordPress themes at Code Themes and Yudlee Themes. He is currently working on a WordPress outsourcing platform—WP Army. He is a very active WordCamp organizer in Nepal and also has spoken in many WordCamp events in the town. He is also the lead organizer for WordCamp Kathmandu 2019.

He has been working in the Information Technology field for quite a long time now. He started using WordPress in the year 2007, but he initiated his journey in WordPress as a WordPress developer later in 2009. He started off his career as an Art Director back in 2007 and ever since then, he has been on the WordPress platform.

Could you tell us something about yourself?

How do you feel about being a Community Lead and the Lead Organizer of WCKTM2019?

I feel privileged. Sure the responsibility is huge and there are definitely some certain pressures to make the event grand, but the excitement and privilege is much more than that. Being the lead organizer of WordCamp Kathmandu which has a good history is surely a huge responsibility.

What is going on currently in the WordPress community of Kathmandu and what are your plans for WCKTM2019?

The most important and the first concern right now for us is the WordPress 15th Anniversary Celebration that is going to happen this Sunday, May 27. We are planning to celebrate the 15th birthday of the most-loved CMS platform with our fellow WordPressers. Everyone is welcomed. However, you need to register your name so that we’ll know how many WordPressers to expect in the event. (Find the event details and register here for the event.)

When it comes to organizing WordCamps, we like to take things slowly; only a step at a time. We do not rush into things. And for WordCamp Kathmandu 2019, we’re still in the planning phase. We do have short and quick meetups frequently. A few of the background works are going on currently, such as venue research and all. So, yeah, we’re slowly planning for WCKTM2019.

How can people join the Volunteering Team in WordCamp Kathmandu?

And, how can people get involved in the Organizing Team? Do they need to have any past volunteering experience?

Could you please tell us how one can become a Lead Organizer for WordCamp Kathmandu?

In my case, my work experience and my consistency in the WordPress platform has stood out for me to become a Lead Organizer. I have been working in the community and involved in WordCamps in Kathmandu since the very beginning; since the year 2012. I have been speaking in WordCamps; nationally and internationally. I’ve been a part of the organizing team in WordCamps held here in Kathmandu time and again. Since I’ve been contributing and giving back to the community from the beginning, it has really helped me. I have been constantly putting in my time, my effort for the community. Our previous Lead Organizer, Mr. Yam B. Chhettri saw my effort and thought that I could take the lead for WCKTM2019. I am very thankful for that.

Do you feel pressurized being the Lead Organizer?

Definitely! Whenever you’re given a responsibility in the community for a particular event, the pressure is always there. In case of WCKTM, this is a big annual event; it’s been going on from 2012, which is a very long time. WordPressers from around the world come to attend WordCamp Kathmandu and we have to make the event memorable and better than the previous ones for everyone. And, to make the event better, it is always a pressure. It is a pressure that I would definitely love to take.

What are the advantages of being a lead organizer?

I’d say time. You need to take out your own time to get everything on the table for the WordPressers to enjoy the event. I’ve been asked by a few people if the surplus money from the previous WordCamps really get spent, where the surplus money actually goes or do organizers benefit from it. They believe that the ticket prices are too high and a lot of money is coming in for the event. So, I want to clarify that we, being the organizers, do not get paid. We work for it because we love it and it is our responsibility to give back to our community. It is all about contributing, not “benefitting” from it. For those who are concerned about the finances can go to the previous WordCamp websites to have a detailed look at the expenses and surpluses.

Are you excited about the upcoming WordCamp Pokhara 2018?

Yes, of course. We, the WordPress Kathmandu team has been organizing WordCamps since 2012 and it is the only WordCamps to happen till now in Nepal. For the first time, we are having a different city organizing a WordCamp event. WordCamp Pokhara 2018 is in November and it’s a very good news for everyone in the locality. And for us, it’s a good excuse to travel to Pokhara. We will make sure that WordPress Kathmandu helps WordPress Pokhara in every way possible to make the event grand.

Any words for the WordCamp Pokhara 2018 team? What message do you want to send out to the viewers about WCPKR2018?

Although I am the Lead Organizer for WCKTM2019 this time, I have been a part of the organizing team before as well. The only thing that I would like to say is that you will have a lot of critics; a lot of people trying to pull you down. So, just make sure you do your job well and the event will be a success. That is all that you need to do. Apart from that, nothing else really matters.

It was a very informative and interesting interview on WordCamp Kathmandu with Mr. Utsav Singh Rathour, one of the strongest personalities in WordPress community of Nepal. You can find the full interview session with him on our YouTube Channel or you can also watch the video below:

WordPress Biratnagar is also planning to organize a local WordCamp in the town this year. So, best wishes from the DevotePress team to the WordPress community of Biratnagar! We hope to see an official date for WordCamp Biratnagar soon.

If you want to keep up with our monthly interview sessions and want to see more from us, consider subscribing to our YouTube channel – DevotePress.

We will be back with our monthly series of interviews next month with another well-known WordPress personality. Stay tuned!

1 thought on “Interview Series: An Interview with Utsav Singh Rathour”