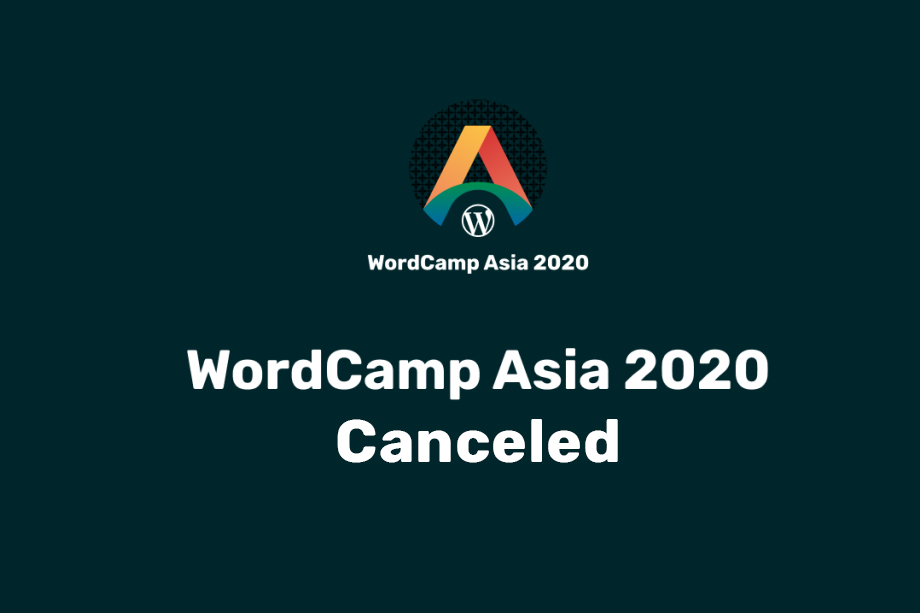 We regret to inform you all that the much-awaited WordPress conference, WordCamp Asia 2020 has been canceled. This is due to an outbreak of the Corona Virus (COVID-19) in the region. Matt Mullenweg announced through an official post about the cancellation of the event and the official WCASIA also announced it shortly afterward.

The WCASIA team is thinking about holding the event until early 2021. The further updates on this will be announced soon by the team.

For those who’re concerned about their purchased tickets, you will get an email from the team with a link and instruction for requesting a refund.

The team has also announced that they will be providing free tickets to all the registered attendees for future WordCamp Asia.

This is an unfortunate state as we all were so excited about the event. It was happening for the first time ever in the Asian region and the hype for the event was at its peak. Nevertheless, it is a serious matter and your health stands before anything else. Our sincere sympathies to everyone who’s affected by the virus. We hope and pray for the virus outbreak to stop and everything goes back to normal soon.