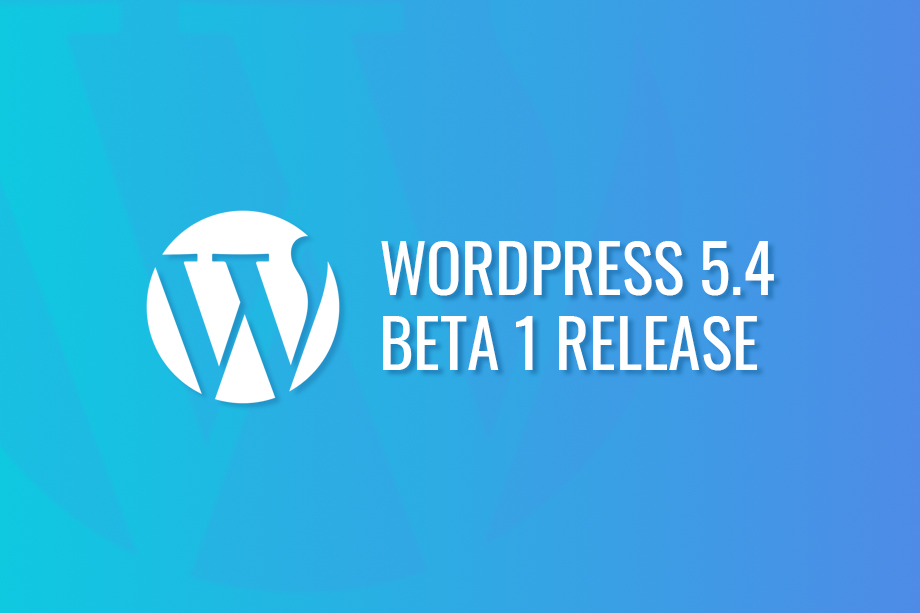 WordPress 5.4 Beta 1, the initial beta for the next major release – WordPress 5.4 was released yesterday. The Beta 1 update has been released with numerous highlighted features that will definitely excite the users. The major features include enhanced block editor, accessibility improvements, superior performance, site health enhancements, and more.

The software is still in development, so the development team recommends you not run it on a production site and so do we. Simply set up a test site just to play around with the new version.

The major release, WordPress 5.4 is targeted for release on March 31, 2020. It is our responsibility to help the team roll out the major release with minimal (to no) issues. Therefore, let’s start testing!

WordPress 5.4 is going to include features from ten releases of the Gutenberg plugin (6.6 to 7.5). Here are a few of the features:

WordPress 5.4 adds a widget on the dashboard that warns administrators of potential issues that could affect their site’s performance or security. A call-to-action button directs them to the Site Health screen for details and suggested fixes.

More than 255 tickets have been closed in WordPress 5.4. It includes numerous small bug fixes and improvements to help smooth your WordPress experience.

As mentioned above, WordPress 5.4 Release is up for March 31 and the development team can surely use all the help. If you think you’ve found a bug, you can post to the Alpha/Beta area in the support forums. If you’re comfortable writing a reproducible bug report, file one on WordPress Trac, where you can also find a list of known bugs.

Recommended:
A New Native Solution for Lazy-Loading Images in WordPress