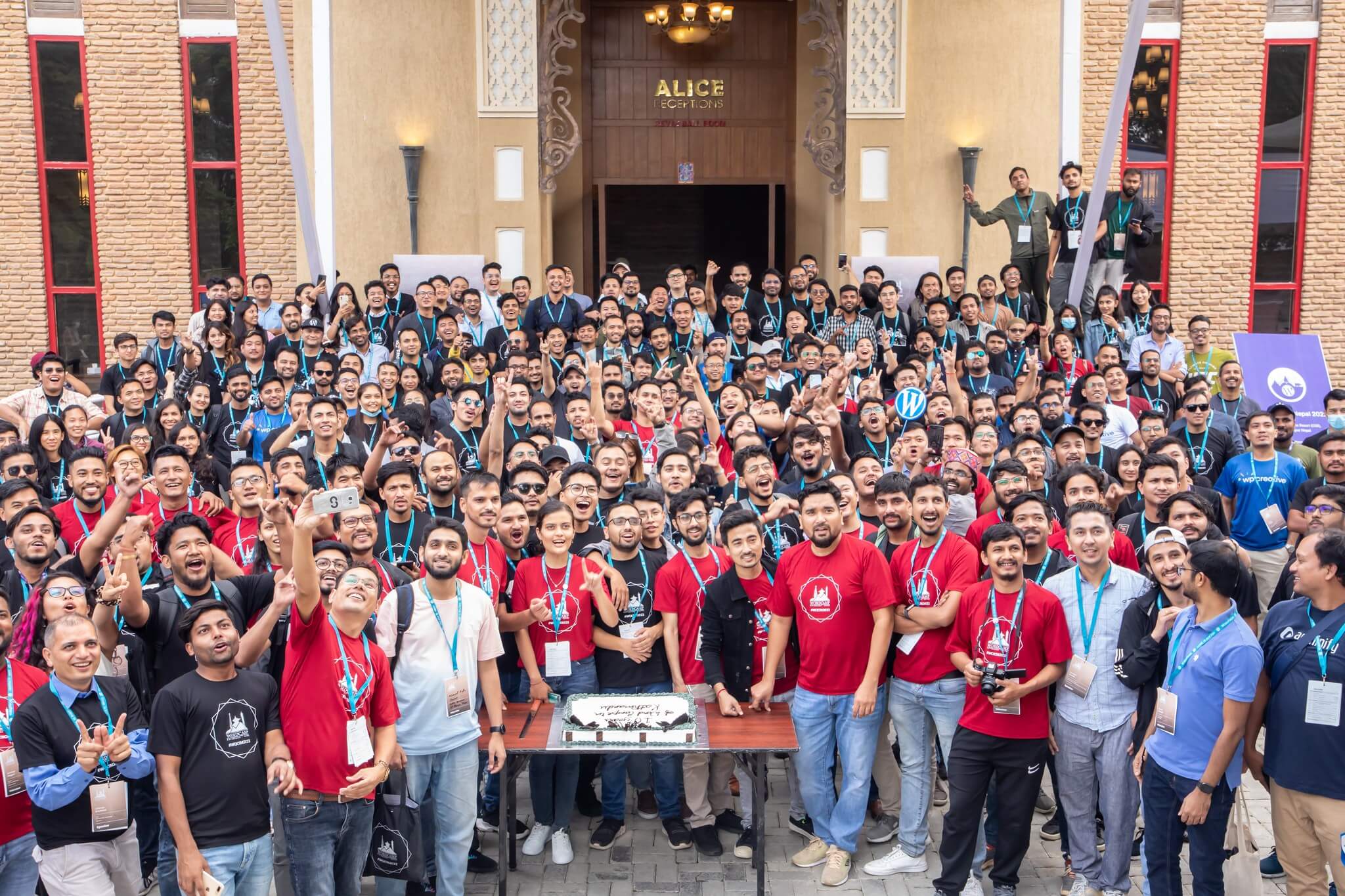 Everything that Happened at WordCamp Kathmandu 2022

DAY ONE: THE OFFICIAL WORDCAMP DAY

The first day of WordCamp Kathmandu 2022, which is also known as the official WordCamp day started with a huge inflow of attendees in Alice Receptions, Garidhara. Alice Receptions was the best place located in Garidhara which was easily accessible. There were three halls – Hall Action, Hall Filter, and Hall Workshop all set for the biggest WordPress conference of Nepal. 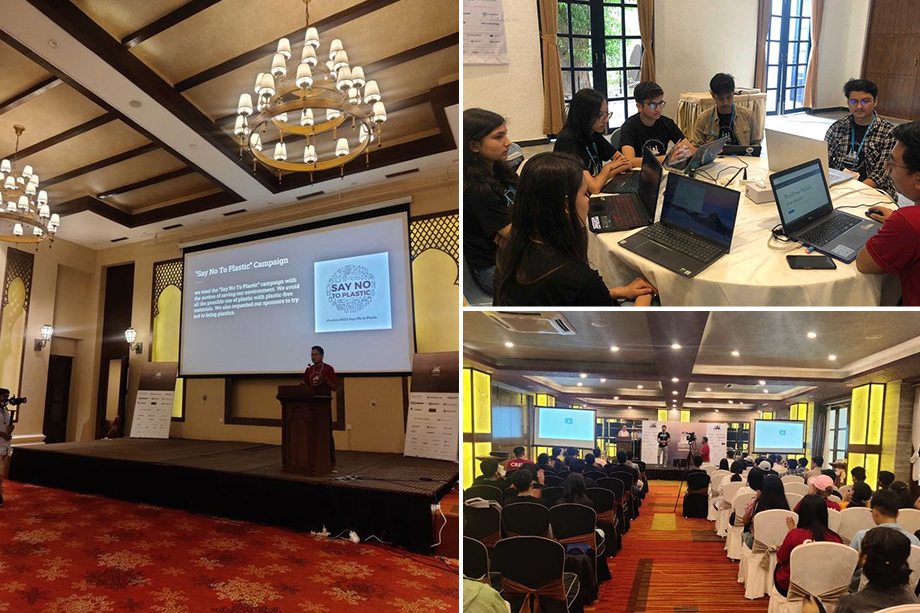 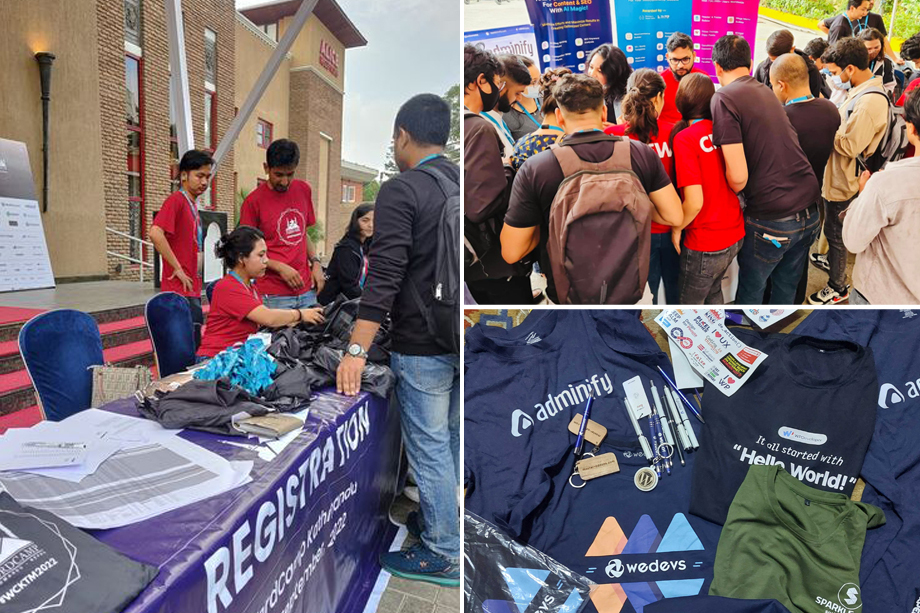 This year there were many interesting stalls like WP Developer, Yoast, Adminify, Arraytics, Sparkle Themes, XpeedStudio, WP Creative, Codeable, and Outside. All the attendees were having fun at these stalls collecting swags and other stuffs. Also, there was some amazing job opportunities posted on the board by Catch Themes, Web Experts, and Sparkle Themes. 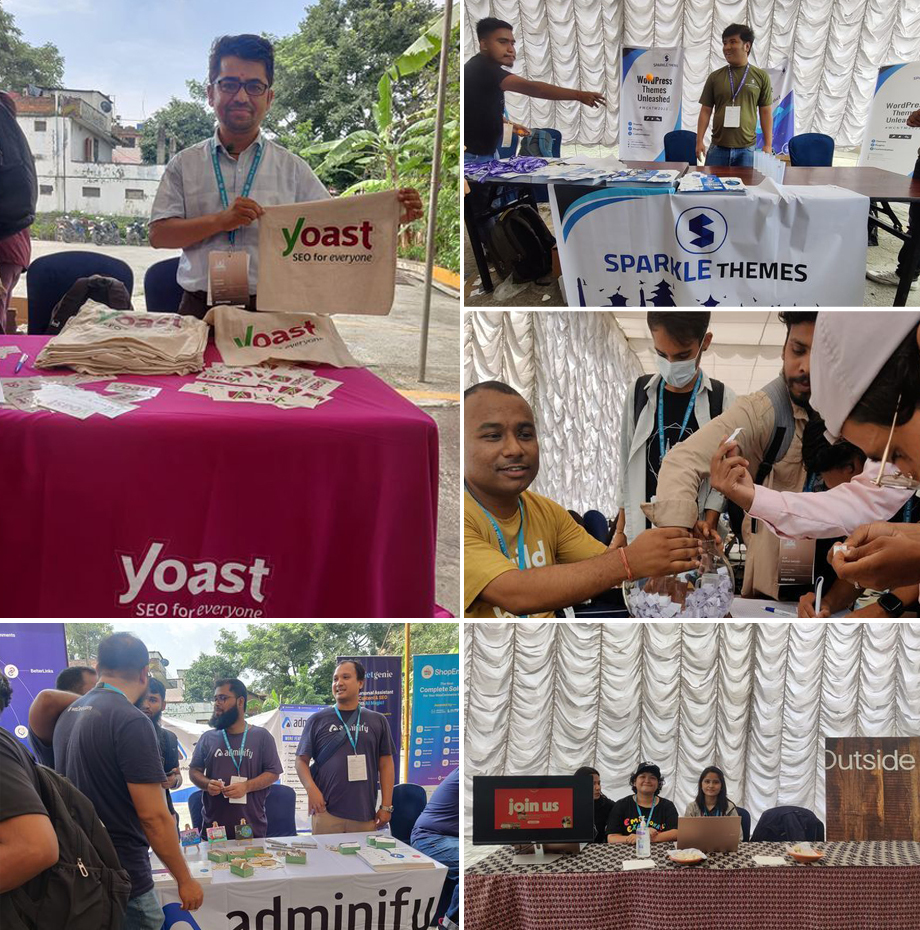 The opening remarks were delivered by Utsav Singh Rathoure, Lead Organizer. He welcomed all the attendees and thanked all the sponsors, organizers, volunteers for making WordCamp Kathmandu 2022 possible. 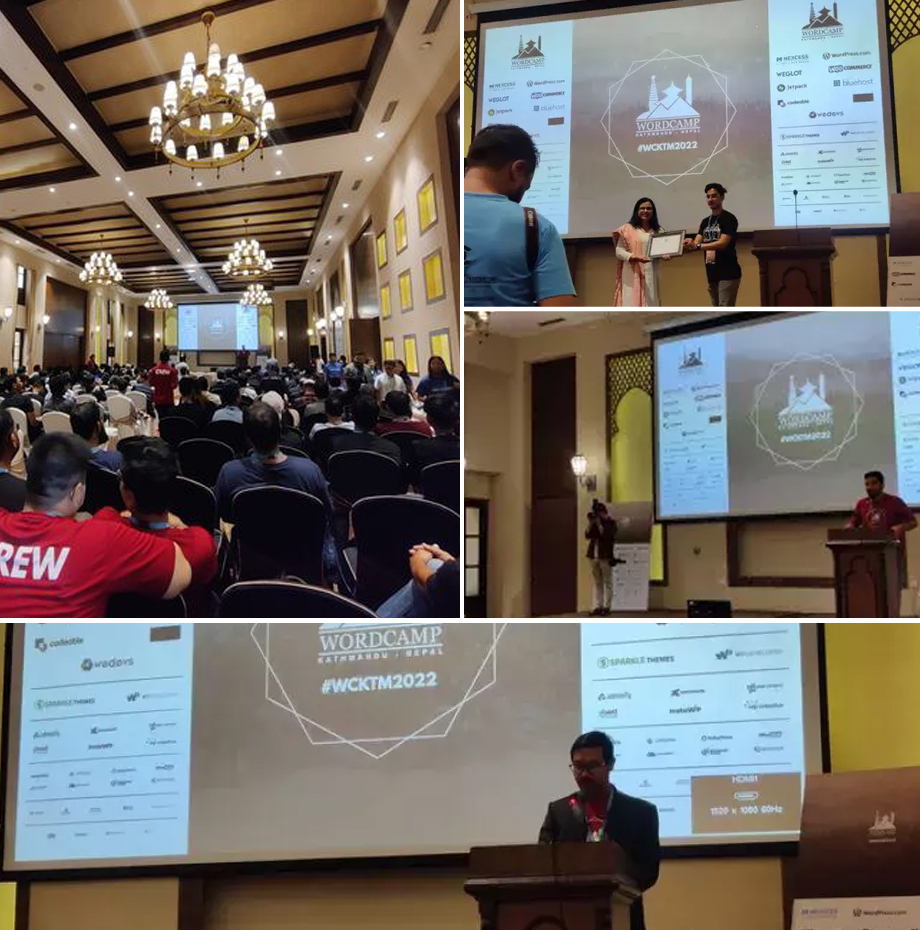 After that Suvash Khadka delivered a community speech. And, there was a Ujwol Thapa scholarship announcement that was delivered by Chairperson of Ujwal Thapa Foundations, Mrs. Erika Adhikari.

Then, the actual WordCamp Kathmandu 2022 began.

The overall quality of the presentations was excellent. As mentioned earlier, there were three halls – Hall Action, Hall Filter, and Hall Workshop featuring different speaker sessions including one Q&A session.

Hall Action accommodated the sessions for nine speakers throughout the day:

And there was two workshop in Hall Workshop

And, right before the closing ceremony, there was a panel discussion : Importance of Community and Contribution in Hall Action. Utsav Singh Rathour moderated the discussion. And Yam B Chettri, Devin Maeztri, and Suvash Khadka were the panelists. 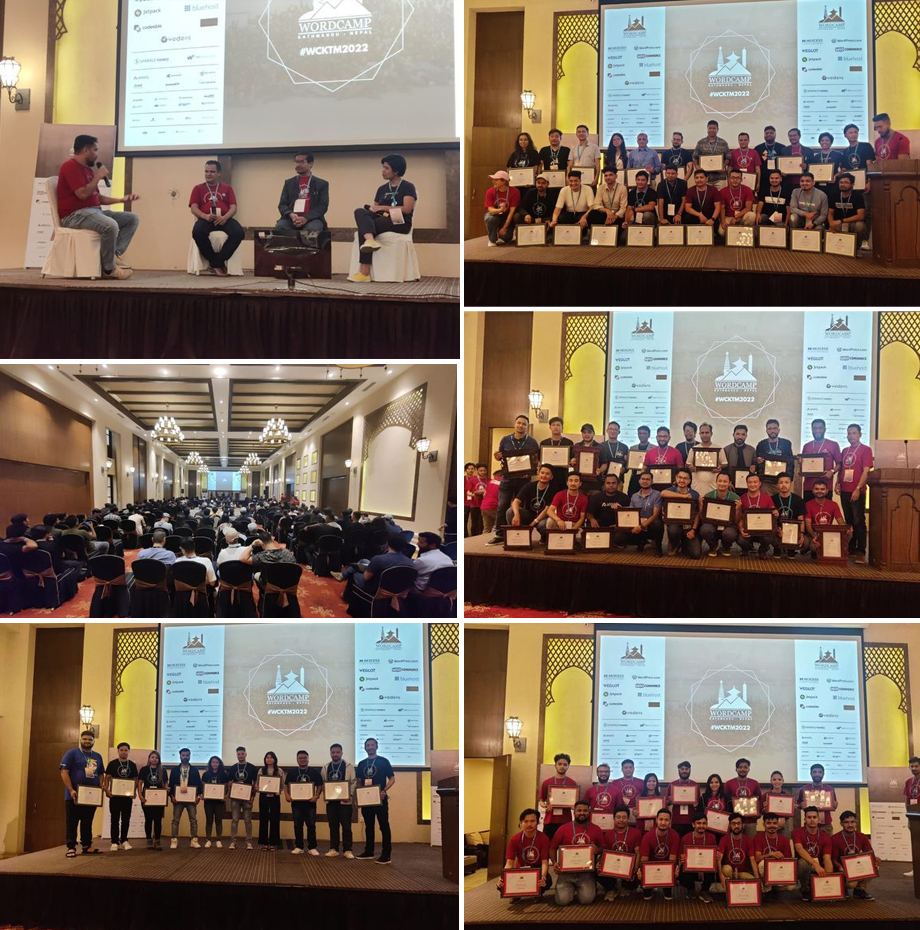 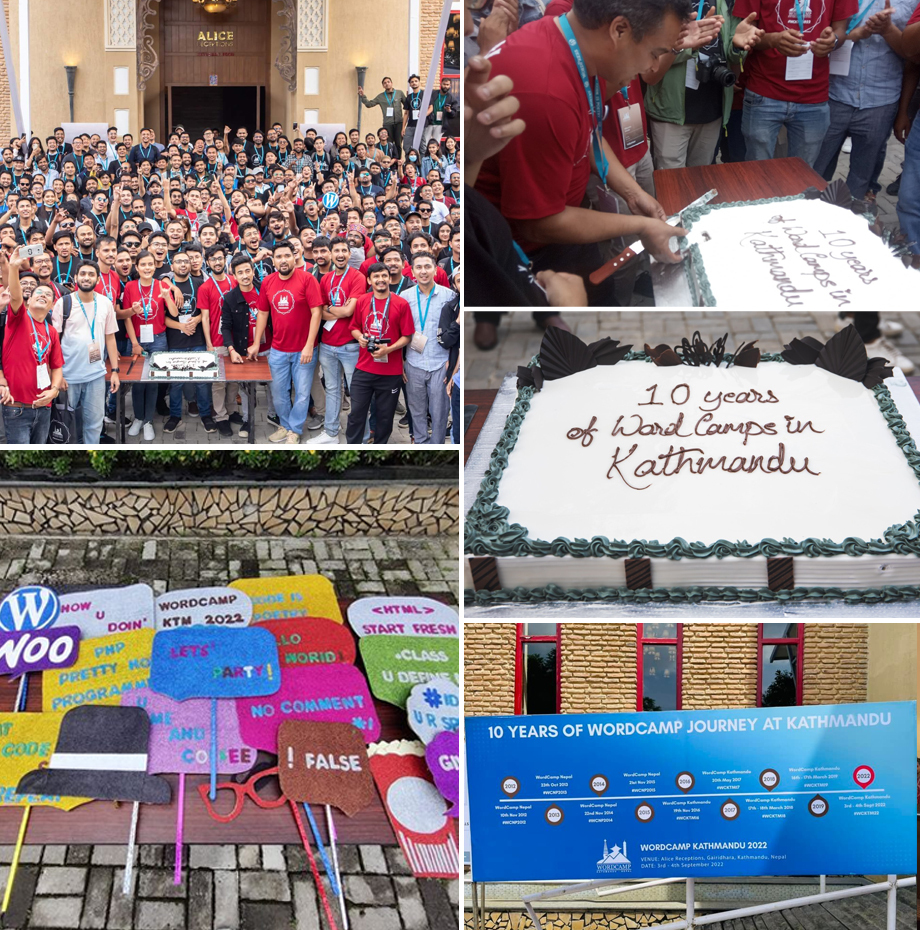 The first day of WordCamp Kathmandu 2022 ended with closing remarks followed by distribution of Token of Appreciation to all the organizers, volunteers, speakers, and other supporters for their time and effort. 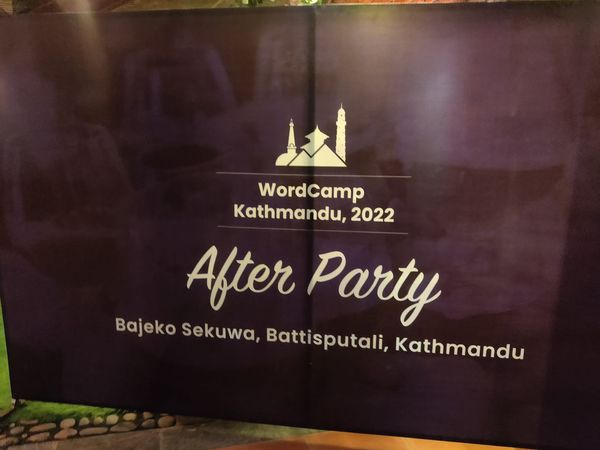 What else is better than ending a long day of sessions at WordCamp than a happening party, right? Baje ko Sekuwa, Battisputali was served as the venue for the after-party. It provided everyone a chance to hang out with fellow attendees, explore new ideas, and network after the WordCamp.

The first ever Contributor day in the history of WordPress Nepal community was a great success with hundreds of attendees. The registration started at 9 A.M in the morning, followed by the introductory session and attendees were very positive about the Contributor day. 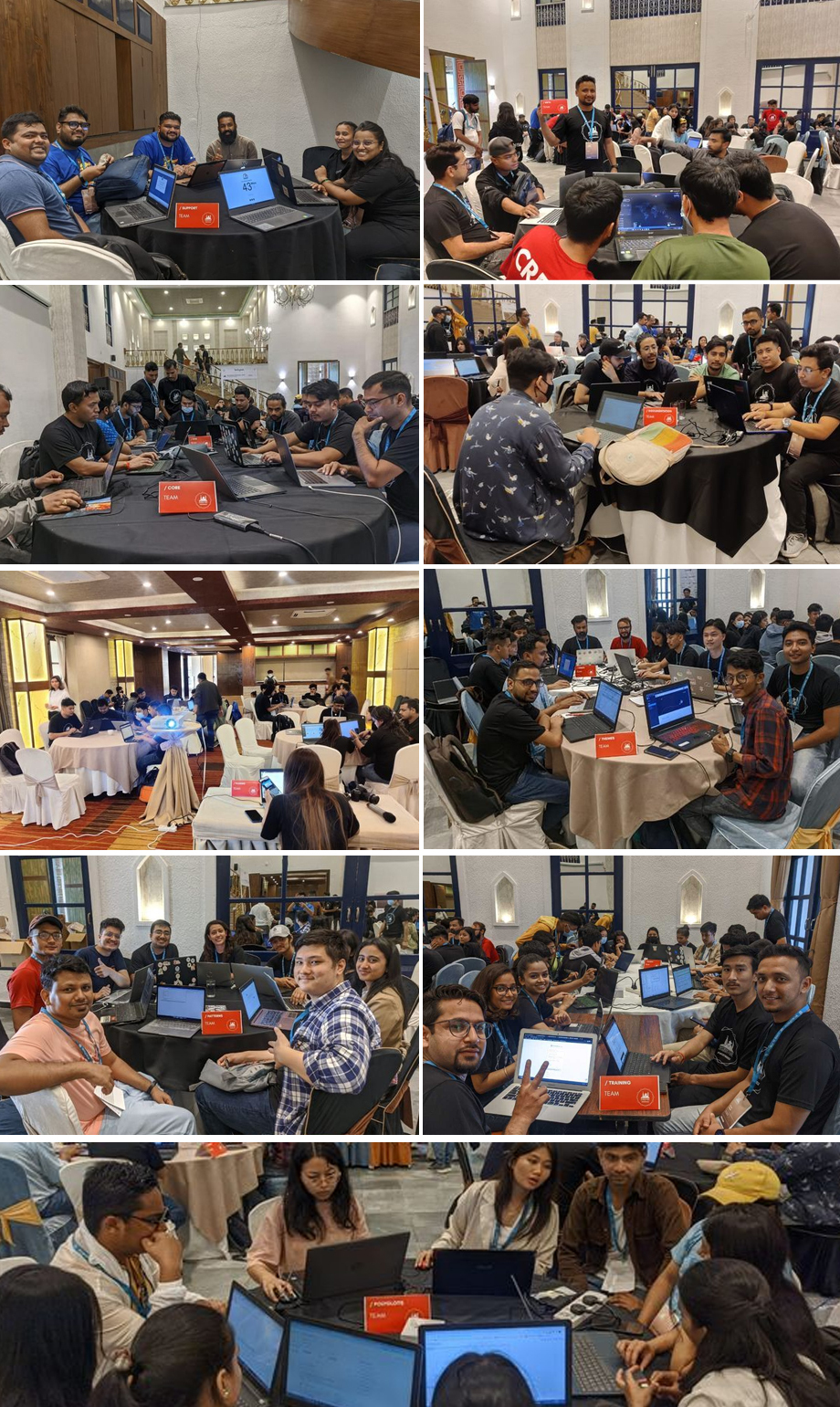 There were a total number of 10 teams divided for the Contributor day: Themes, Photos, Core, Training, Support, Polyglots, Plugins, Documentation, Patterns, and Meta. All the teams were led by specific WordPressers; Team Themes by Anil Basnet, Team Photos by Bijay Yadav, Team Core by Birendra Maharjan,  Team Training by Labun Chemjong, Team Support by Prathamesh Palve, Team Polyglots by Priyanka Panjiyar, Team P[lugins by Qurina Shrestha, Team Documentation by Roshan Nagaju, Team Patterns by Trinisha Prajapati, and Team Meta by Umesh Balayar. All the attendees were seen very much involved in their respective teams and were contributing from their side.

All in all, WordCamp Kathmandu 2022 Concluded with a huge success. The hashtag #wcktm2022 got trending on Twitter during the two-day event. WordCamp Kathmandu 2022 gave everyone a chance to meet and network with a lot of new people, and learn a lot from talks an d discussion. A big thank you from DevotePress team to all the organizers, volunteers, and other supporters for their effort and dedication.