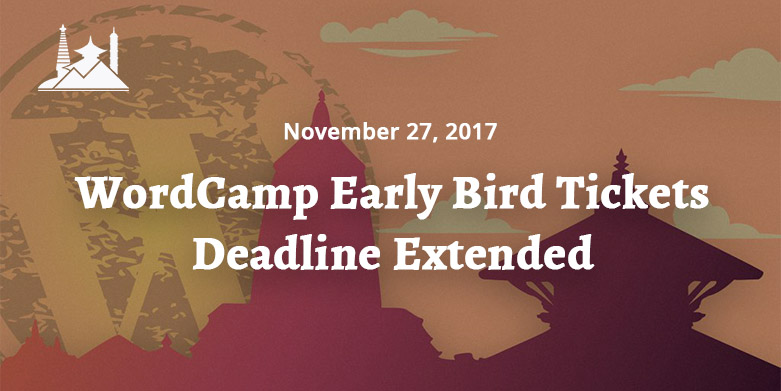 The early bird WordCamp Kathmandu 2018 tickets were announced in August and the deadline was set to November 25th. However, the organizers have decided to extend the early bird tickets deadline to December 20th Midnight.

WordCamp Kathmandu 2018 is all set to happen in the month of March 2018, and the tickets for the event are available on a first-come, first-served basis. The event has a limited number of seats. So, it is best you grab your seats right now for the largest WordPress event in the country, WordCamp Kathmandu 2018.

As the tickets are early-bird tickets, they’re currently priced at NPR. 1,500. The ticket prices will be going up from December 21st, the regular ticket price—NPR. 2,000.

So, book your seats right away rather than paying more later. We look forward to an amazing two days of connecting, sharing, and networking with you on 17th and 18th of March, in WordCamp Kathmandu 2018.