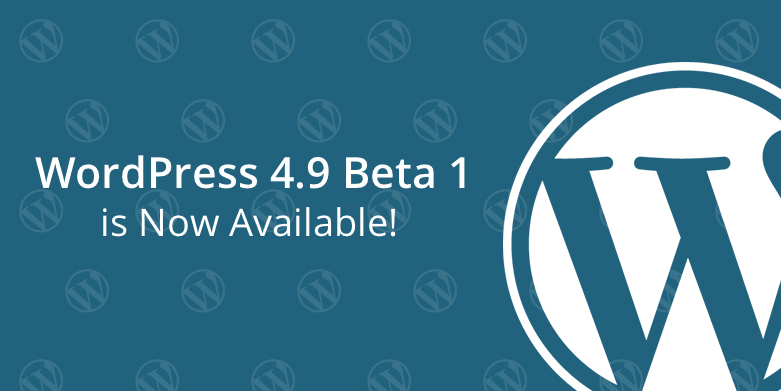 All the WordPressers who have been aching to experience the next major version of WordPress, WordPress 4.9, can now get a taste of the future. WordPress 4.9 Beta 1, the initial beta for the next month’s release of WordPress 4.9, was released yesterday along with the long list of highlighted features that are certain to excite both end-users and developers.

The software is still in development, so the development team recommends you not run it on a production site. Consider setting up a test site just to play around with the new version. To test WordPress 4.9, try the WordPress Beta Tester plugin (you’ll want “bleeding edge nightlies”). Or you can download the beta here (zip).

Below are some of the major items to test and help the development team to find as many bugs as possible in the coming days:

There are also a lot of exciting changes for developers in WordPress 4.9 Beta 1 as well. If you want to know more about the major changes in depth that have been included in 4.9, check out posts tagged with 4.9 on the main development blog, or look at a list of everything that’s changed. There will be more developer notes to come, we’ll keep you updated of those as well.

WordPress 4.9 is scheduled for release on November 14 and the development team can surely use all the help they can get. If you think you’ve found a bug, you can post to the Alpha/Beta area in the support forums. If you’re comfortable writing a reproducible bug report, file one on WordPress Trac, where you can also find a list of known bugs.