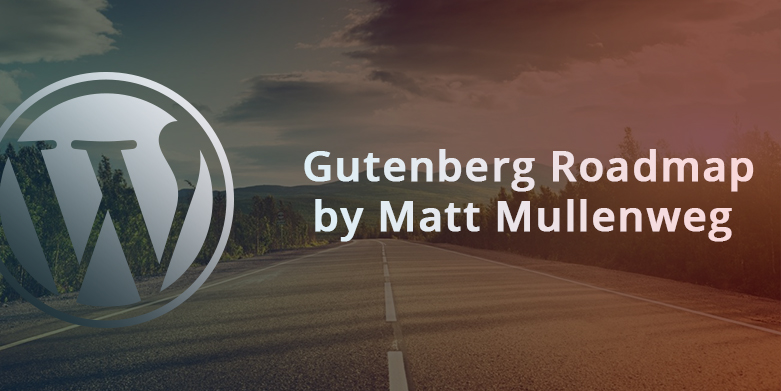 WordCamp Europe 2018 took place last week on June 14-16 in Belgrade, Serbia. And at the event, co-founder of WordPress and CEO of Automattic, Matt Mullenweg laid out the detailed Gutenberg Roadmap saying the editor will land in WordPress 5.0 within the next few months. The announcement brought mixed reactions to the attendees. Everyone working in WordPress is curious about the Gutenberg Editor being the next big thing in WordPress and how it is going to affect the current WordPress ecosystem.

According to Mullenweg, the Gutenberg development team will work on the few issues and features that are identified to land in the first core version for the rest of June. In July, more users will be able to use Gutenberg on wordpress.com as well as on self-hosted WordPress sites via a Try Gutenberg prompt in a future 4.9.x version. Furthermore, in the month of August, the team will work on bug fixes and the merge proposal is likely to land in WordPress Core. Matt said that after one hundred thousand users and two hundred fifty thousand blog posts, Gutenberg could be ready to be released with WordPress 5.0 in August. However, he also stressed that he was not making any promises, though.

The Gutenberg team has sustained a rapid pace of development over the past year with 30 releases since its inception. 1,764 issues have been opened and 1,115 have been closed in that time. There are around 14, 000 websites actively using the Gutenberg plugin currently.  As the Gutenberg team will continue to refine its current features, the Gutenberg Roadmap that Matt introduced goes something like this:

Mullenweg also anticipated the breakout while switching between editing posts in the mobile apps would be resolved by August in the future updates. He also looked forward to the availability of full mobile versions of Gutenberg by the end of the year.

During his keynote at WCEU 2018, Matt said that one of his favorite Gutenberg features was the universal API—the Copy/Paste API. Previously, it had been very difficult to make something that has been copied and pasted into WordPress look good. And now, he informed that Gutenberg has already included support for fully supported copy and paste from places like Google Docs, Apple’s Pages, Microsoft Word, Office 365, Evernote, Legacy WordPress, and other random web pages.

Mullenweg also expressed his hope towards increasing Gutenberg usage up to 100, 000 sites with 250, 000 posts made over the next few months. WordPress.com would be instrumental in that goal with a call-to-action for opt-in that would appear on several hundred thousand sites. In July, WordPress.com will switch the Gutenberg editor to opt-out. Mullenweg said he hopes to gather data from how users respond, especially those who have third-party plugins active on their sites.

The major features introduced so far are block-based writing experiences, which is fully responsive across all devices, optimized for direct manipulation of content, block API with the support of static and dynamic blocks and more.

Lastly, August is the hopeful release of 5.0, though Mullenweg couldn’t guarantee a date, this seems like the most likely. At this time, Matt is hopeful that all the critical issues would be solved and there would be integration with Calypso.

What do you think about the newly introduced Gutenberg Roadmap? Are you using the Gutenberg Editor? How excited are you for the next big thing in WordPress? Feel free to drop your thoughts.