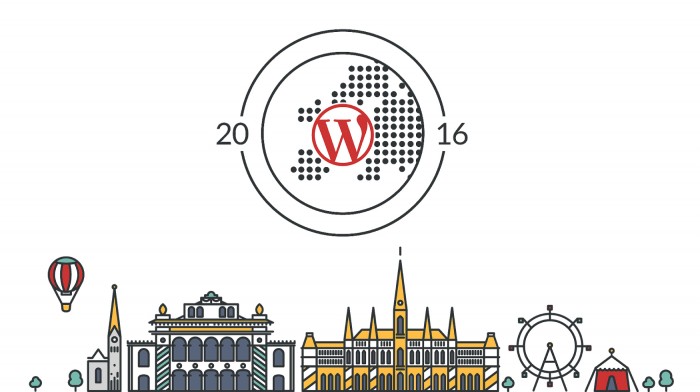 The WordCamp Europe 2016 was held in MuseumsQuartier, Vienna on 24th-26th June. The biggest WordCamp event held up to now and the most glorious as well. The major difference of WordCamp Europe 2016 from last year’s WordCamp was the plentiful of people, which more than doubled the number of last year’s participants. A total of 3,700 attendees and live stream viewers were recorded.

The first WordCamp event to see both the co-founders of WordPress – Matt Mullenweg and Mike Little; the WordCamp was among the most effective ones till date.

Excellent opening ceremony started the event. Participants also witnessed an exclusive interview with Matt Mullenweg by Brian Krogsgard, Editor of Post Status, and a Q&A session with the audience. You can find all the talks and programs that were presented at WordPress TV.

There was technology, networking, cool swags, fun and entertainment making WordCamp Europe 2016 all in all the biggest successes ever.

The closing remarks announced that the next WordCamp Europe would be held in Paris on 16th to 18th June, 2017 at Les Docks.

What’s in for Nepal?

This time around, Sakin Shrestha from Catch Themes attended WordCamp Europe 2016 as a volunteer. This year, it was the first time that three others – , Yam Bahadur Chettri  from Theme Palace, Suren Shrestha from Rigorous Web Services  and Kosish Bhandari were present at an international WordCamp event.

In an interview with Sakin Shrestha, we were informed that he had quite a few ideas bubbling in his mind for the WordPress Nepal community. WordCamp Kathmandu is drawing near and we learned from Sakin that he has invited over Rich Collier from Jetpack for the event.

Sakin also gave us hints saying we can be almost sure that there will be a WordCamp Asia very soon. And we’re pretty excited. You can read about his experiences here.

Here are some pictures of what went down at WordCamp Europe 2016: