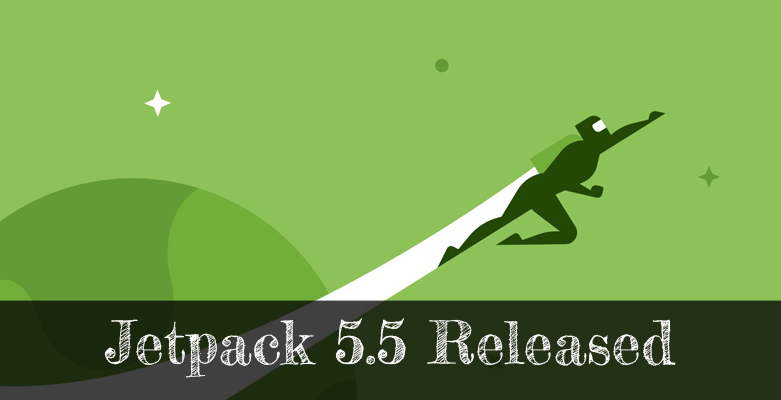 The new version of Jetpack, Jetpack 5.5 was released yesterday and brought some major improvements ensuring the plugin is compatible with the upcoming WordPress 4.9 release on 14th November.

The previous version of Jetpack, Jetpack 5.4 was released in October and brought many improvements along with it. This time, Jetpack 5.5 has included the improvements to the connection process, syntax highlighting in CSS now handled by WordPress 4.9, Jetpack’s Gallery widget to be migrated to WordPress, and additional performance enhancements.

Let’s have a quick look at the major improvements in Jetpack 5.5.

The new version has brought changes to the connection process between Jetpack and WordPress.com. The changes are expected to reduce the number of issues that may happen on a site when switching from HTTP to HTTPS connection. The Jetpack team has also improved the process to make sure that other WordPress plugins can’t interface with your connection and accidentally disable features that rely on the WordPress.com servers (like the image CDN, Related Posts, and more).

WordPress 4.9 will include a lot of changes to its code editors like syntax highlighting, linting, and auto-completion. And as part of those changes, the built-in CSS editor will now have its own syntax highlighter. This feature wasn’t available unless you used Jetpack and its Custom CSS module until now. Jetpack will now let WordPress handle the syntax highlighting if you run version 4.9.

Jetpack 5.5 has also added compatibility for WordPress 4.9’s new core gallery widget. When the users update to 4.9, Jetpack will automatically migrate its own gallery widgets to use the widget included in core.

Some of the additional performance enhancements are listed below:

You can check out the changelog to know more about the full list of updates and changes in Jetpack 5.5. You can get in touch with the members of Jetpack if you have anything to ask about the new update or want to give feedback.