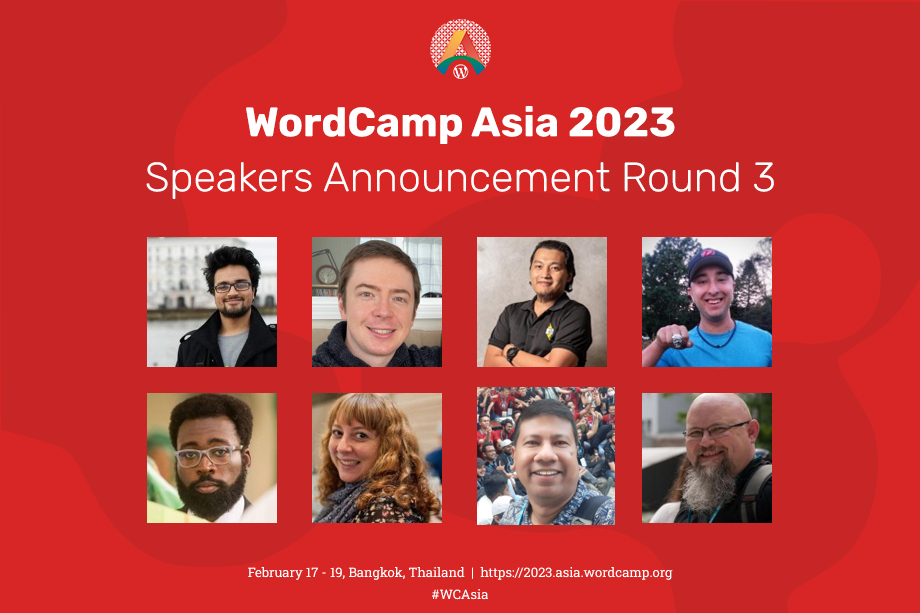 Here is the WordCamp Asia 2023 Speakers Announcement Round 3!

One of the largest WordPress events in the most populous continent on Earth, WordCamp Asia 2023 is taking place on February 17-19 in Bangkok, Thailand, next year. The event is nearing and with that, the preparations are at their peak. There are so many things to take care of in order to deliver a grand extravaganza. Likewise, Speakers are the core part of any WordCamp. They are one of the many reasons why people actually enjoy attending WordCamps. So, here is the WordCamp Asia 2023 Speakers Announcement For Round 3 who are going to deliver talks.

So, without any further ado, let us introduce you to WordCamp Asia 2023 Confirmed Speakers – Round 3. 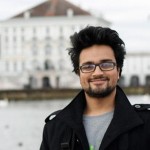 Head of Engineering at Plantura (https://www.plantura.garden). Interested in Development, Hiking and Latte Art. 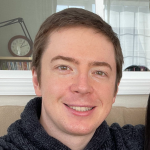 Benjamin is a full-time contributor, sponsored by Automattic, contributing as a Faculty member on the Training Team. He has been using WordPress for 8 years, and spent almost 3 of those years as a WordPress customer support agent. He is a fluent in both English and Japanese, and am leading efforts in the Training Team to increase localized content on the Learn WordPress site. 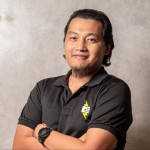 An Implementation Consultant in Pantheon Systems where he assists site launches, optimizations, complex configurations, security and troubleshooting complex WordPress builds on the platform. He is also a co-organizer in the WordPress Users Group Philippines and part of the Global WP Community team, where he helps the community grow in the PH through meetups and collaboration with other local tech groups. 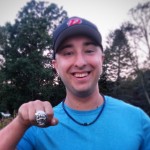 Jonathan has been using WordPress since 2007 to build sites of all sizes, covering the entire spectrum of local businesses to enterprises and large universities. He has been a contributor to WordPress Core since 2013, and a WordPress Core committer since 2018. He currently works as a Senior Software Engineer at Bluehost, where he is sponsored full-time to contribute to WordPress Core. 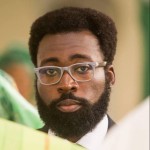 WooCommerce Happiness Engineer with a penchant for helping people figure out the easiest and most reliable way to achieve their objectives with WordPress, WooCommerce and everything in between. Sometimes coder, abysmal designer, Equal Opportunities Hugs Dispenser and wannabe social butterfly with a 7th-degree black belt in hanging out. 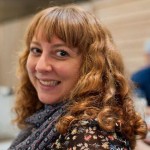 Siobhan is the COO of Human Made, a globally distributed WP agency. In her previous role, she was responsible for hiring at HM, and hired many different roles in Asia. This makes her perfectly placed to share what recruiters are looking for. She can talk from experience about what has stood out to her, why someone has gotten the job, and why they stalled at the first stages. 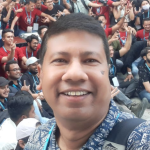 Subhasis Chatterjee is a Web Journalist, Content Architect, Content Analyst from Kolkata, India with an experience legacy of more than 27 years. He is an Author, Blogger, and a Keynote Speaker. He is a Social Media Influencer too. His core competency lies in the areas of Content Strategising, Personal Branding, Digital Marketing, Social Media Propagation, Reputation Management & Entrepreneurship Skill Development. 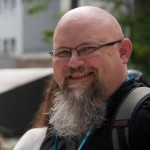 Topher lives in Grand Rapids MI with his wife Cate. A web developer for over 25 years, Topher has been working with WordPress for 12 years. A serial contributor, Topher has code in core, plugins in the repository, hundreds of training videos published, and attended more than 80 WordCamps. He also manages the HeroPress Network, curating HeroPress.com, in an attempt to bring equity and wisdom to the WordPress community.

So, these are WordCamp Asia 2023 Speakers Announcement Round 3. They will be presenting their respective talks at the event. Make sure you go through their sessions’ summary so that you know what to expect during their talk at the event.