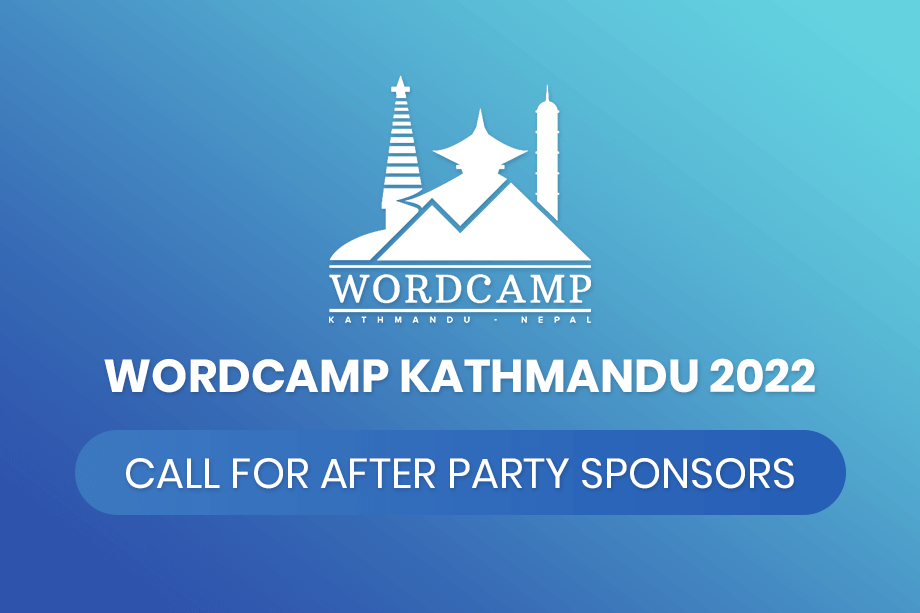 Contributing to WordCamp as a Sponsor on event day is a great way to make your network wide, communicate with the people, and earn credibility. But you may have a question what about sponsoring After Party in mind? Let us explain it to you, parties are lively events that put life inside the busy long day and also give back to the community to grow stronger.

After Party is a private dinner party of Organizers, Speakers, Volunteers, and Sponsors and also includes a massive number of attendees. As, a after party sponsor, you’ll be invited to the party. This is a great opportunity to make connections and get support for your profession or business. Also, you will get a chance to involve in the discussion.

If you want to know more information about the after party sponsors then go to the official page.

So, if you’re interested in becoming an after-party sponsor, please fill up and submit the sponsorship form as soon as possible. The sponsor form is available on the official website of WordCamp Kathmandu 2022.

Become an after-party sponsor to keep the party going! We are looking forward to have your company represented at WordCamp Kathmandu 2022.