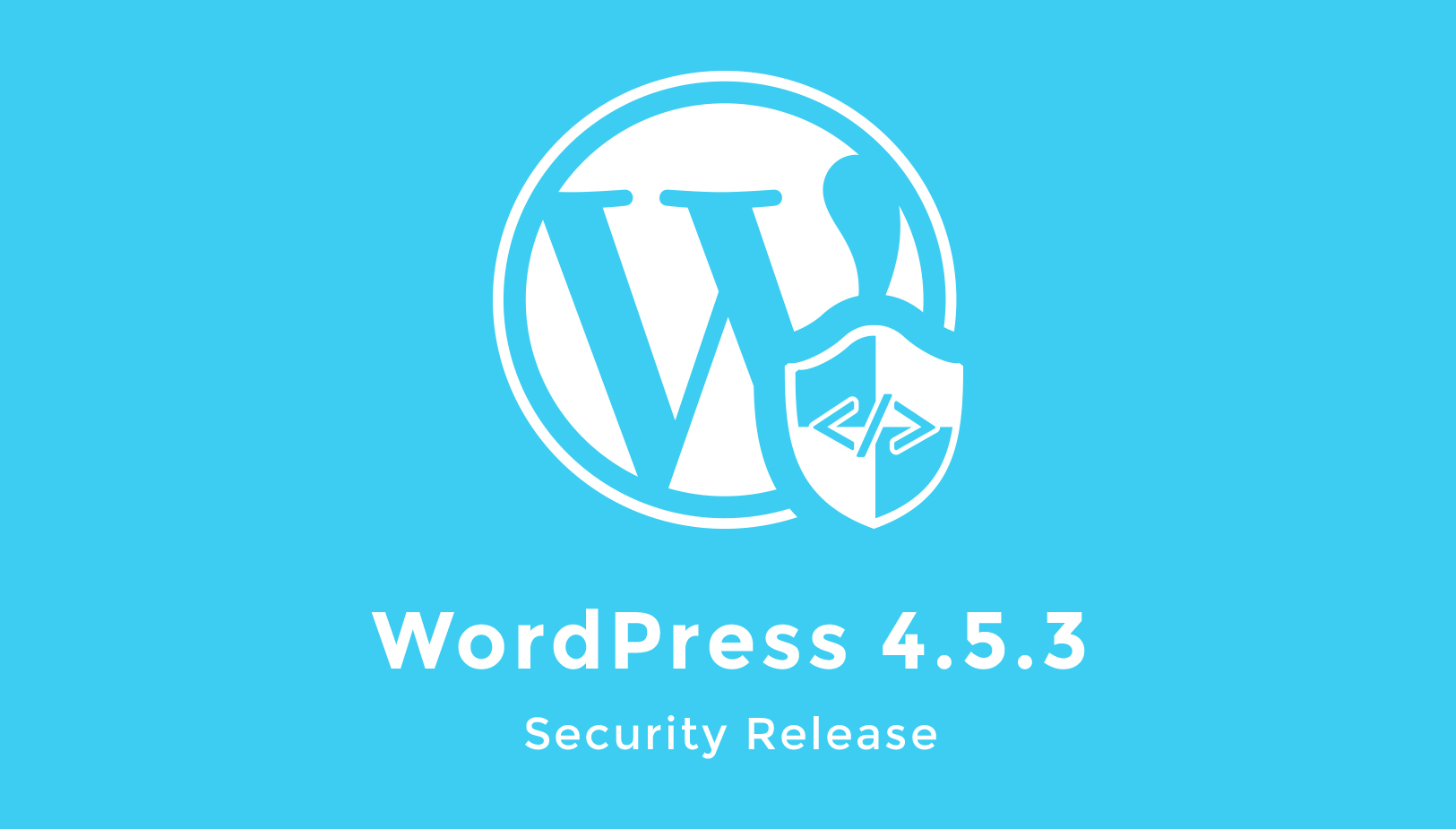 On June 18th, WordPress made available a security release for all previous versions. The WordPress 4.5.3 fixes major security and maintenance issues that affected WordPress versions 4.5.2 and earlier. There are automatic background updates already rolling and WordPress.org advises all users to update their sites immediately.

Here are the several security issues this update takes care of:

Along with the above security issues, WordPress 4.5.3 also fixes 17 bugs from 4.5, 4.5.1 and 4.5.2. This is great as it means a lesser number of updates for users as all is incorporated into one update.

Independent volunteers and different companies came together for the responsible disclosure of the issues and helped fix the issues for a more secure WordPress. You can see the release notes or look at the list of changes if you wish to seek more information. And as of now, update your sites straightaway. Download WordPress 4.5.3 or venture over to Dashboard → Updates and simply click “Update Now.