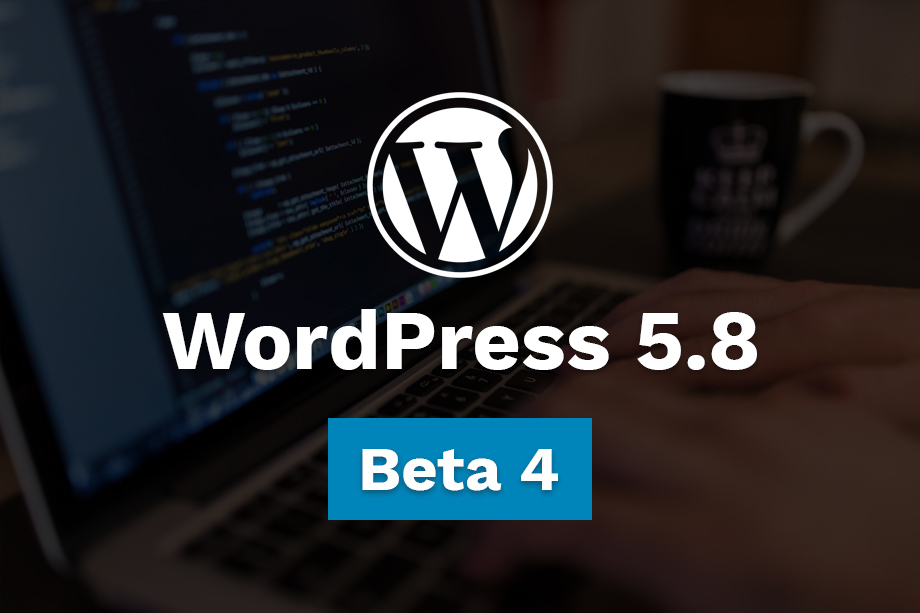 The fourth Beta has been released for the upcoming major release, WordPress 5.8. The WordPress 5.8 Beta 4 includes 18 fixes and enhancements. The enhancements were made after the Beta 1, Beta 2, and Beta 3 releases in order to smoothen your WordPress experience.

Since the software is still in development mode, it’s best that you don’t run it on a production site. Consider setting up a test site just to play with the new version. To test WordPress 5.8, try the WordPress Beta Tester plugin (you’ll want “bleeding edge” and “Beta/RC Only”). Or you can download the beta here (zip). You can also use WP-CLI to test: wp core update –version=5.8-beta4

Our generous contributors have already fixed 254 tickets in WordPress 5.8 including 91 new features and enhancements.

WordPress 5.8 Release schedule date is on 20th July 2021. And to make the major release smooth and bug-free, the developers need your help. Therefore, we suggest you start testing right away!

If you think you’ve found a bug, you can post to the Alpha/Beta area in the support forums. Moreover, if you’re comfortable writing a reproducible bug report, file one on WordPress Trac, where you can also find a list of known bugs