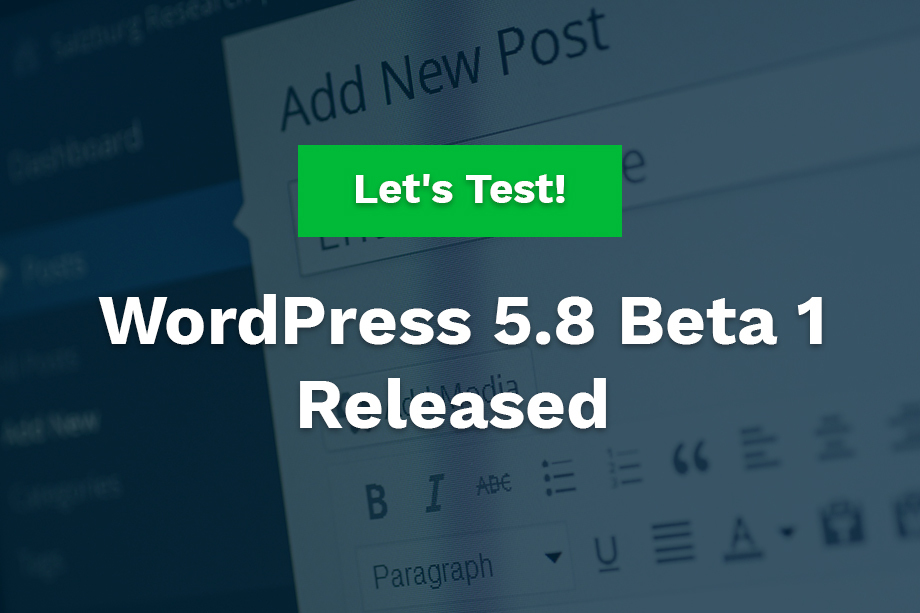 The first Beta for the next major release, 5.8 is here. WordPress 5.8 Beta 1 has been released with many exciting new features and enhancements. The highlights in WordPress 5.8 Beta 1 include handpicked Patterns, Powerful Blocks, New Template Editor with new custom templates, New Design Tools for existing blocks, and more. Also, the update includes several tiny improvements as well.

The major release, WordPress 5.8 is targeted for release on July 20, 2021. It is our responsibility to help the team roll out the major release with minimal (to no) issues. Therefore, let’s start testing!

You can now recommend and select patterns during block setup, empowering you with new flows. Not only you can select, but also transform the patterns and convert your blocks into patterns.

Many new enhancements have been made to different blocks in order to have more control over the blocks.

Other Improvements in WordPress 5.8 Beta 1

As mentioned above, the WordPress 5.8 Release is up for July 20 and the development team can surely use all the help. If you think you’ve found a bug, you can post to the Alpha/Beta area in the support forums. If you’re comfortable writing a reproducible bug report, file one on WordPress Trac, where you can also find a list of known bugs.