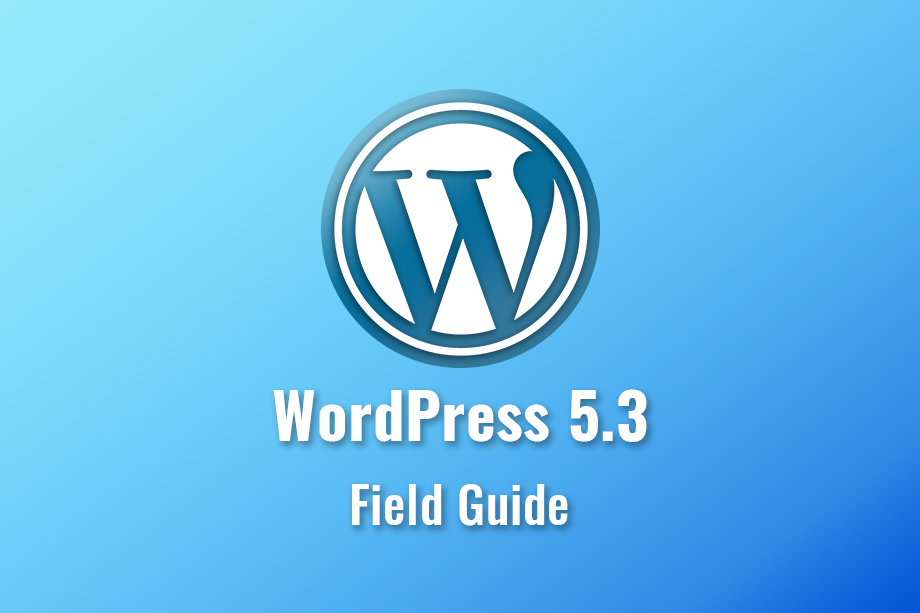 WordPress 5.3, the major release this year is on for 9th November 2019. With this big release, users will be experiencing over 150 enhancements and more than 360 bug fixes. The core development team released a field guide to WordPress 5.3 in the official core channel of the team on October 17. The guide, posted by Jeffrey Paul, lays down the major changes that will be seen in WordPress 5.3. Jeffrey strongly suggests users test their plugins, themes, and sites with WordPress 5.3 before the release so that they don’t have to face unanticipated issues later.

Let’s have a quick look at the enhancements we’re going to witness in WordPress 5.3.

WordPress 5.3 includes performance enhancements regarding the Gutenberg editor. The default block editor will include features from the last 12 Gutenberg Plugin Update releases (from 5.4 to 6.5). Not only will these but the major update also includes bug fixes and performance improvements from Gutenberg versions 6.6 and 6.7.

There are 42 Media updates in 5.3 including a new way to manage big images by detecting them and generating a “web-optimized maximum size” of them as well as saving of image metadata while creating intermediate sizes.

WordPress 5.3 supports PHP 7.4 which will be released on 28th November this year. Contributors have addressed 5 compatibility issues for WordPress 5.3. In addition to it, a handful of updates occurred as a result of the continued coding standards and code modernization efforts. Most notably, the spread operator is now in use where appropriate, and the native PHP JSON extension is now required to run WordPress.

For developers, There are even more goodies in 5.3 like

Over 362 bugs, 157 enhancements and feature requests, and 36 blessed tasks have been marked as fixed in WordPress 5.3. Some additional ones include:

You can read the full field guide to WordPress 5.3 here. Please, test your code. So that any prevailing issues can be fixed beforehand and help you and other millions of WordPress users and sites.