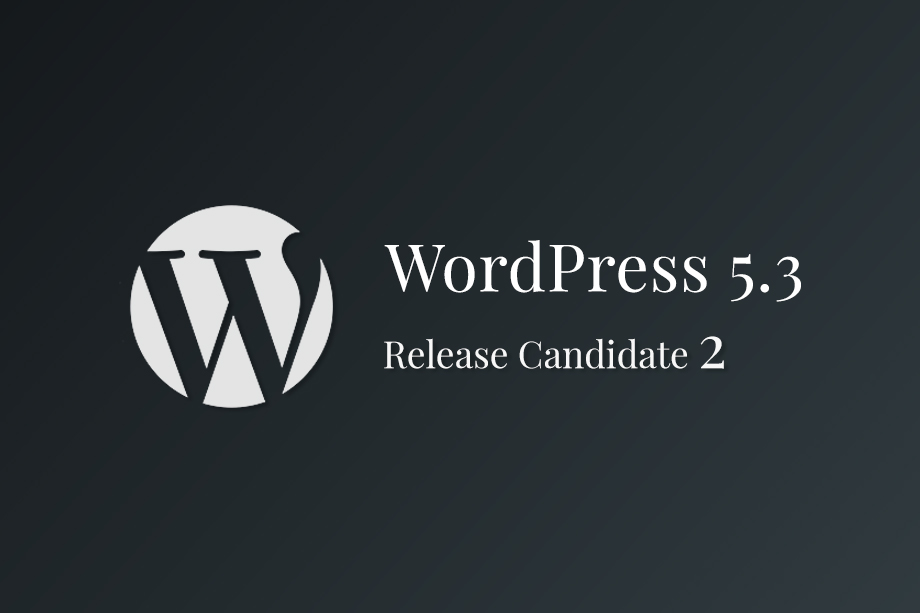 The second release candidate for the next big release – WordPress 5.3 Release Candidate 2 is now available for testing.

To test WordPress 5.3, you can use the WordPress Beta Tester plugin or you can also download WordPress 5.3 release candidate 2 here (zip).

WordPress 5.3 has been scheduled to be released on 12th November 2019. Since the major release date is nearing, the core development team is requesting all the WordPress users to test the platform for any bugs and notify the authors, if any occur.

The update, WordPress 5.3 Release Candidate 2 includes the new ‘About’ page improvements. Also, it includes 10 fixes for the following bugs: