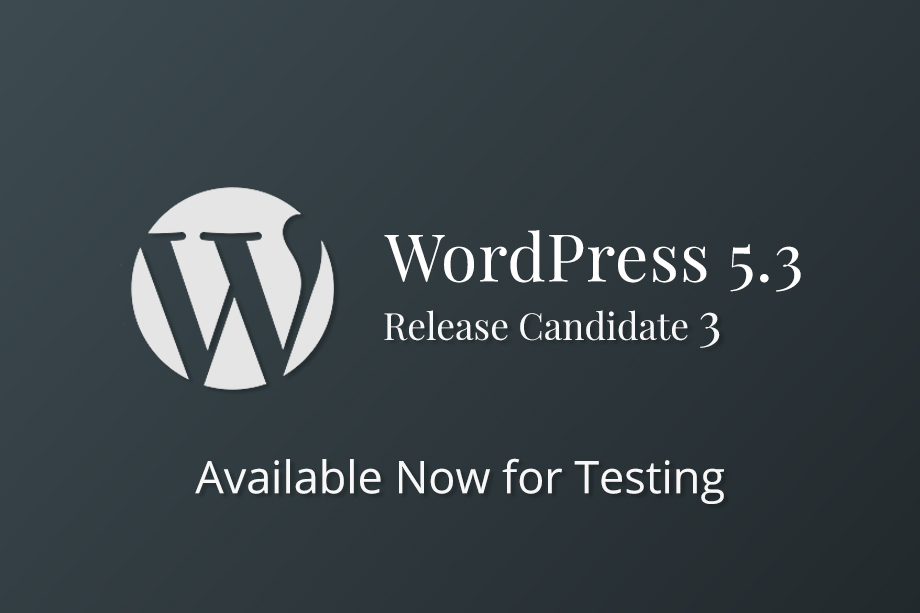 The major release this year, WordPress 5.3 will be released on November 12, 2019. Since this is a major change and includes big changes, the development team needs your help to test the release.

To test WordPress 5.3, you can use the WordPress Beta Tester plugin or you can download WordPress 5.3 release candidate 3 here (zip).

As mentioned above, the WordPress 5.3 Release Candidate 3 update introduces 3 enhancements including About Page improvements and bug fixes for the new default theme, Twenty Twenty. It also includes 9 fixes for the following bugs and regressions:

If you want to know what you can expect in the next big release, you can check out RC1, RC2 or WordPress 5.3 Field Guide.

The major release is nearing and with that, the excitement is at its peak. Are you guys ready for the WordPress 5.3 update? Drop your thoughts in the comment box.