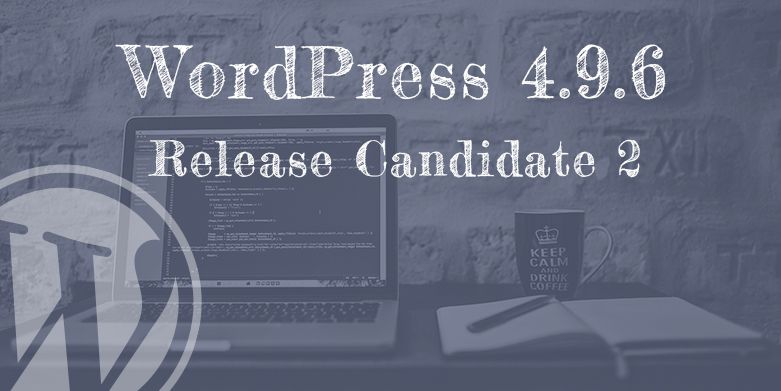 So far, WordPress 4.9 has been downloaded almost seventy-nine million times since its release on November 15, 2017. Users are requested to try this release candidate and report any issues to ensure that WordPress 4.9.6 fixes the reported issues and doesn’t contain any new ones.

WordPress 4.9.6 Release Candidate 2 contains 20 bug fixes since the first release candidate. And, with the issues fixed in this version, there will be a total number of 60 bug fixes in WordPress 4.9.6, while the number of enhancements/feature requests remains at 34. The official release of WordPress 4.9.6 is scheduled for 17the May 2018.

As per the official release post, “With the introduction of #44091, any existing data export requests will need to be removed by an admin and resubmitted. “

Below are the tickets that were committed since the release of RC1:

You can browse the full list of changes in WordPress 4.9.6 on Trac.

Make sure you test the WordPress 4.9.6 Release Candidate 2. If you think you’ve found a bug, please post to the Alpha/Beta support forum to help make the release of WordPress 4.9.6  as smooth as possible.