Featured Image, also known as post thumbnail allows you to upload or select an associated image for the article. It usually appears on the homepage while scrolling through the list of blog posts. The display position depends on settings defined by your theme developer.

Here’s the step by step tutorial on how to add Featured Image to your blog post.

1) Search and Click on Set featured image under the Featured Image tab. It’s located at the right hand side of the screen. 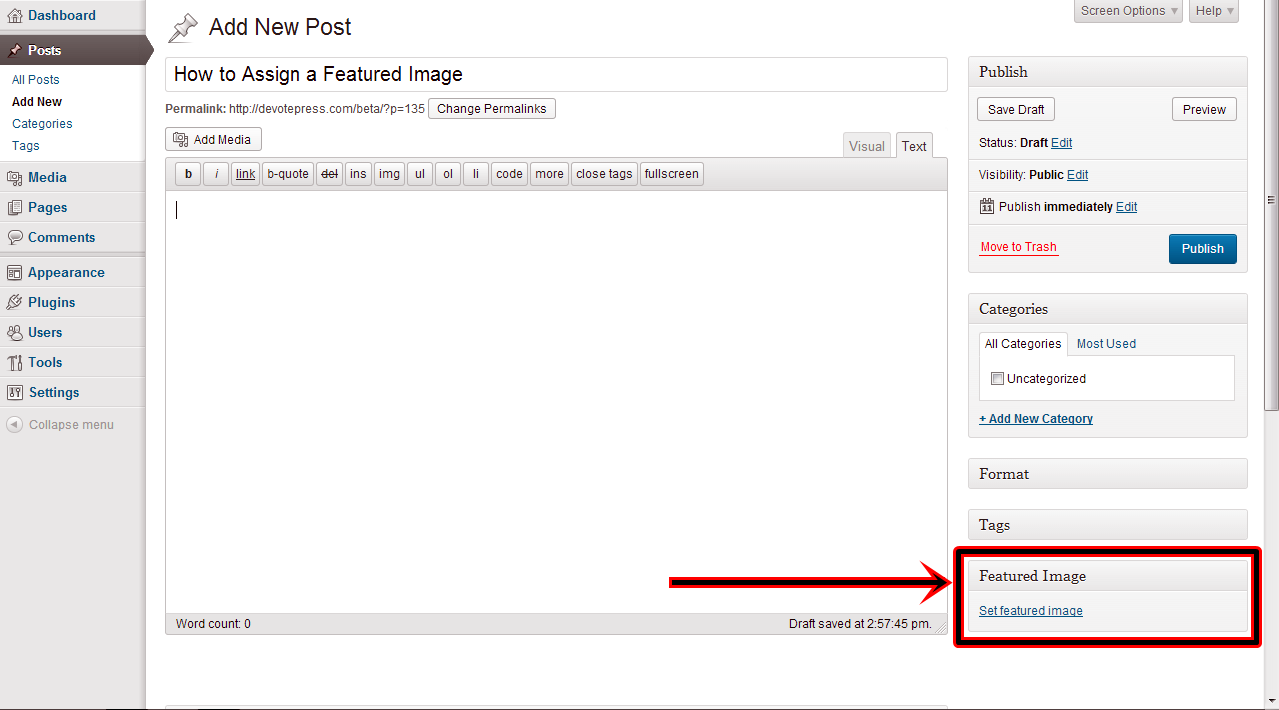 2) Select an Image from library or Upload your Image that you want to set as featured image. 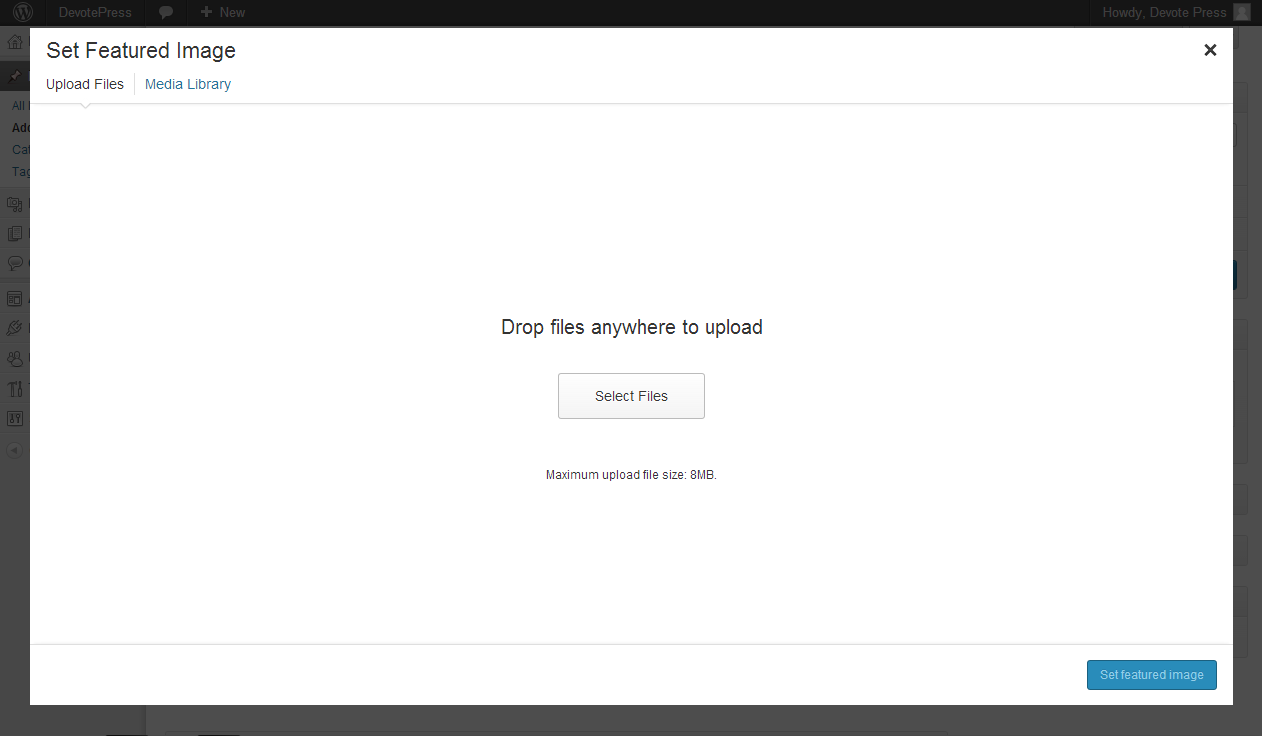 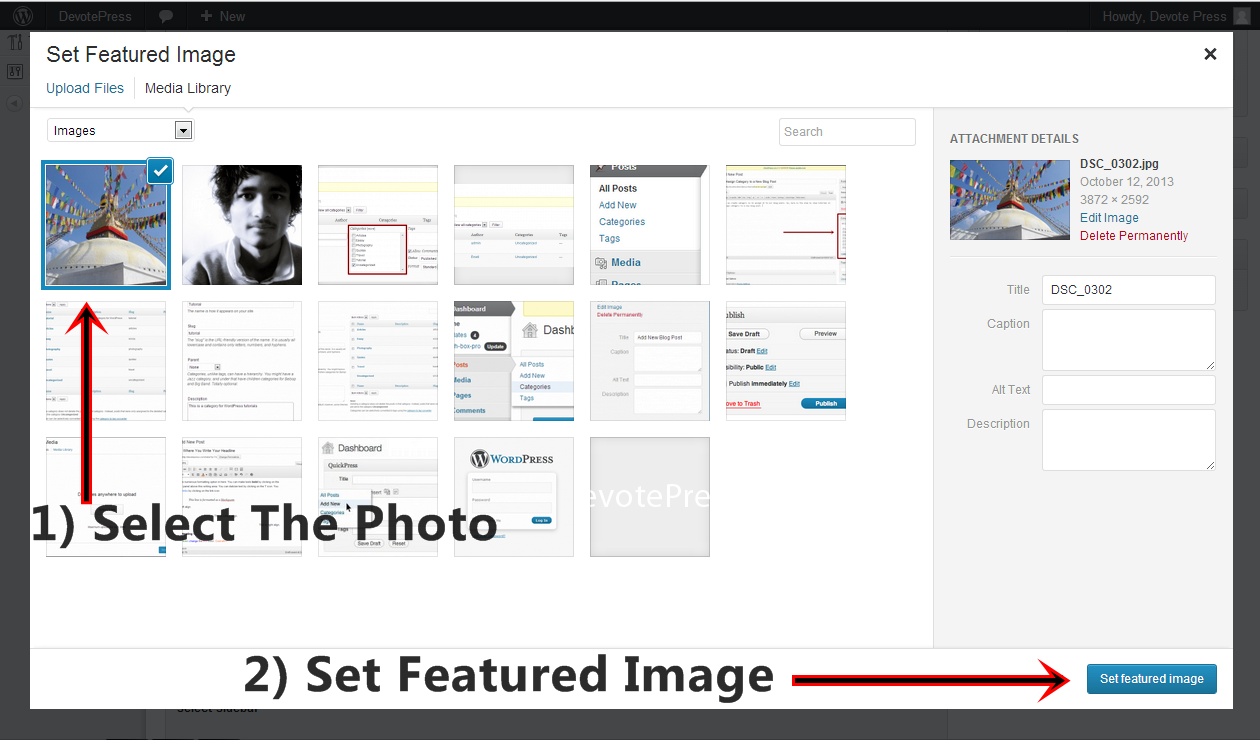 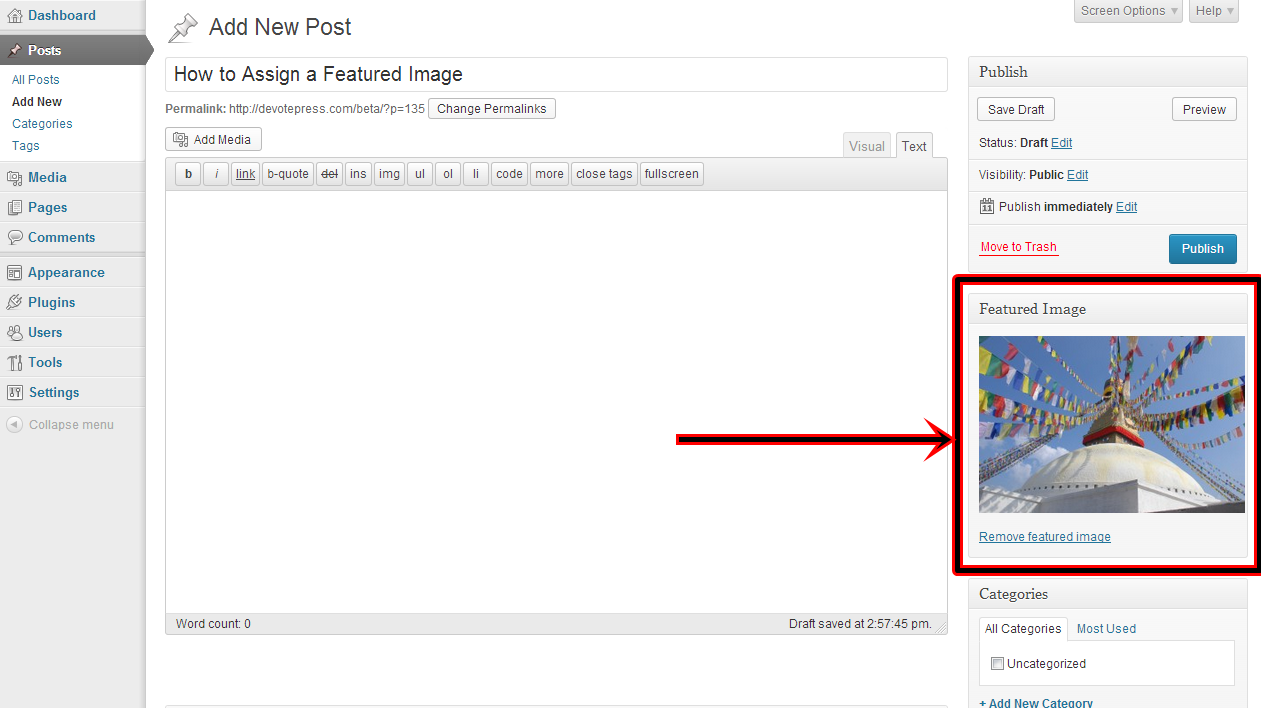 Now when you publish your blog post, you’ll see the featured image as defined by your theme developer.