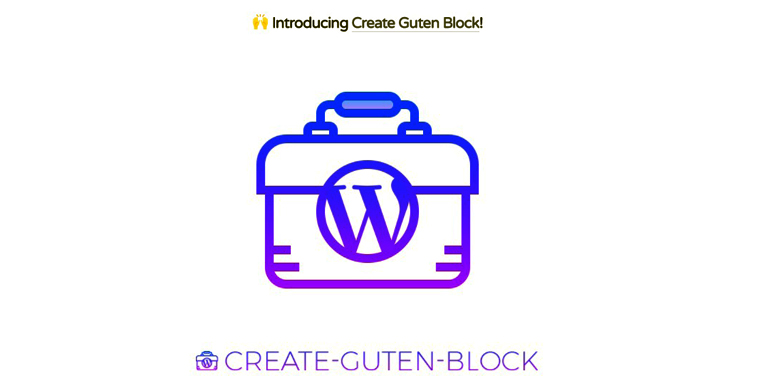 Create Guten Block Toolkit: A toolkit that simplifies the creation of Gutenberg Blocks has been released by Ahmad Awais. He had also created the Gutenberg Boilerplate last year, in which he introduced the basics about developing for the editor. It came in the form of a plugin that offered several examples of how to build different kinds of custom Gutenberg blocks, with and without a build process.

This time, he introduced everyone a toolkit that substantially simplifies the developing process of Gutenberg blocks without configuring React, Webpack, ES6/7/8Next, ESLint, Babel, and more.

Awais said in his release post that Create Guten Block is not like other starter-kits or boilerplates that he introduced before. Instead, it is a developer’s toolbox with regular updates. And since zero configuration is required, the user can always update it without any changes in their code.

Create Guten Block hides all the configuration away in an optimized package—cgb-scripts. The package is the only dependency in your projects and is regularly updated while you create your WordPress themes and plugins.

He also informed everyone through his post that he is currently working on version 2.0.0. He said, “The next step is to get this toolkit tested and mature the entire app to release version 2.0.0 for that not only do I need your support, I ask that you hop on board and contribute — that’s the only way forward.”

Create Guten Block Toolkit is available for free on Github and everyone is welcomed to contribute from their side.

So, all in all, it is a simple toolkit to start building Gutenberg blocks with zero-configuration with a single dependency in your projects that will stay up to date all the time.