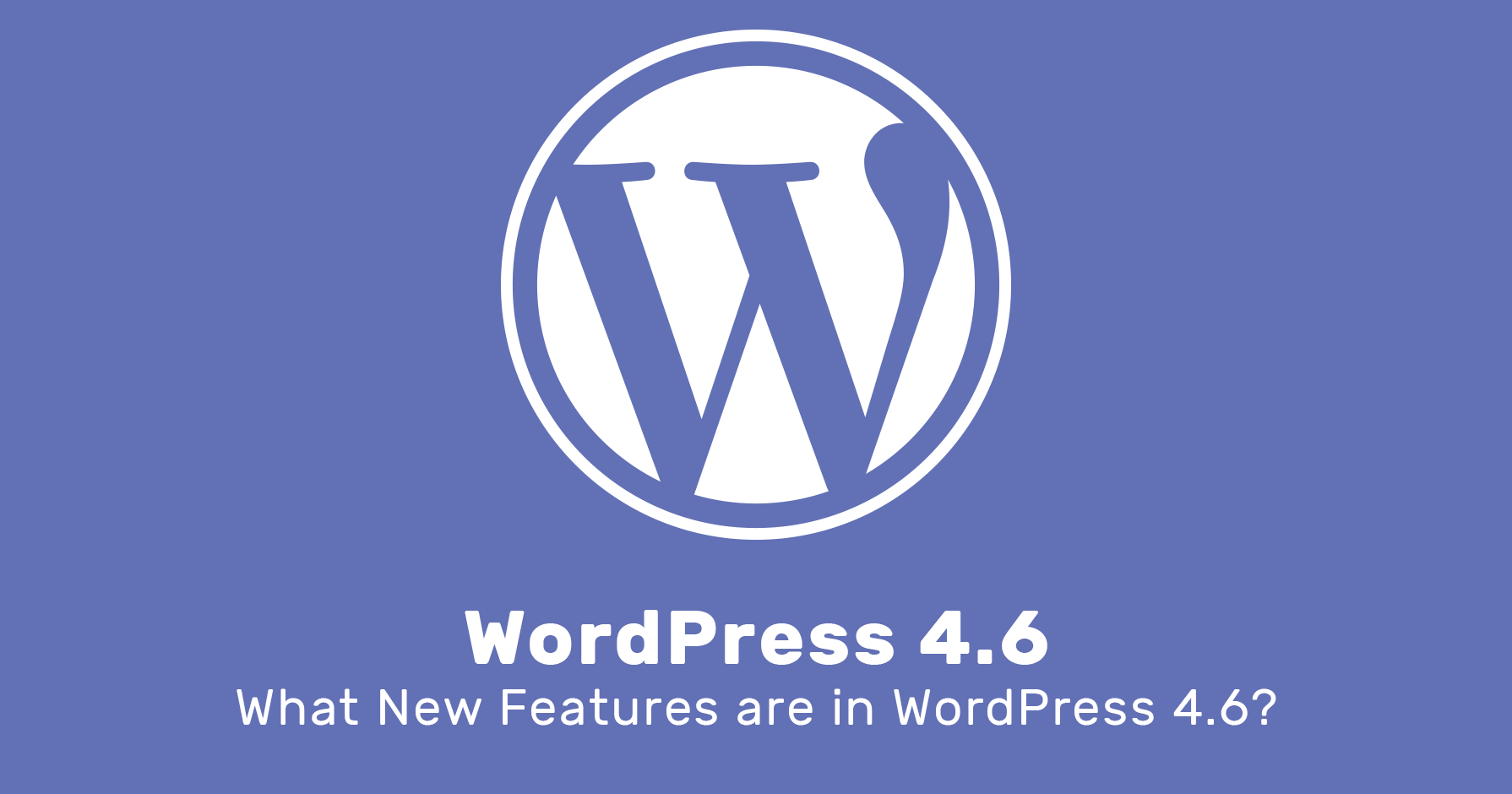 Since this is the beta version, no more new features will be added until the final release of WordPress 4.6. And some of the existing features in beta may not make it into the final release. We’ll only know that after the final version has been made public.

Some New Features of WordPress 4.6 to Look Forward to:

WordPress started using Open Sans font in WordPress admin area to offer uniformity in the look across different devices and platforms. However, this required WordPress to depend on an external third party source, resulting in longer load time of admin area and slower processing.

In WordPress 4.6, the admin area will revert back to using the system fonts. This means that the WordPress admin panel may look different depending on the platform being used.

To keep your custom admin pages looking consistent with the rest of the WordPress admin, you are encouraged to audit your CSS. The new font stack is:

When using this font stack, it must be called using the font- family property, and not the ont shorthand. This works around an issue in Microsoft Edge. Additionally, the only font weights used in core now are 400 for general text and 600 for heavier text.

These are the system fonts that will be used in WordPress admin area on different platforms and environments.

A great addition to the list of new features of WordPress 4.6.

Note: This change will only affect the UI elements of WordPress admin area.

Besides that issues, if you’re using the visual editor for writing posts, any broken link entered will be highlighted.

If you add a link, WordPress will immediately examine the link. If you take your mouse cursor to the linked text, you’ll see the link in red color, if the link is bad. It will be the usual blue, if valid.

WordPress 4.6 will also bring some exciting new improvements to the WordPress core but are mainly for the developers.

WordPress 4.6 will bring register_meta() function for the registration of meta keys. This function works similar to register_post_type() function. It will allow plugins and theme developers to use a standardized way to work with meta data stored with posts, users, comment, or terms object types. (#35658)

Similar to WP_Query, WP_User_Query, and WP_Comment_Query classes, WP_Term_Query in WordPress 4.6 will provide a better structure for generating term queries. (#35381)

We hope this article gives you a gist of what WordPress 4.6 has in store for WordPressers all over the world. What new features of WordPress 4.6 are you excited about?