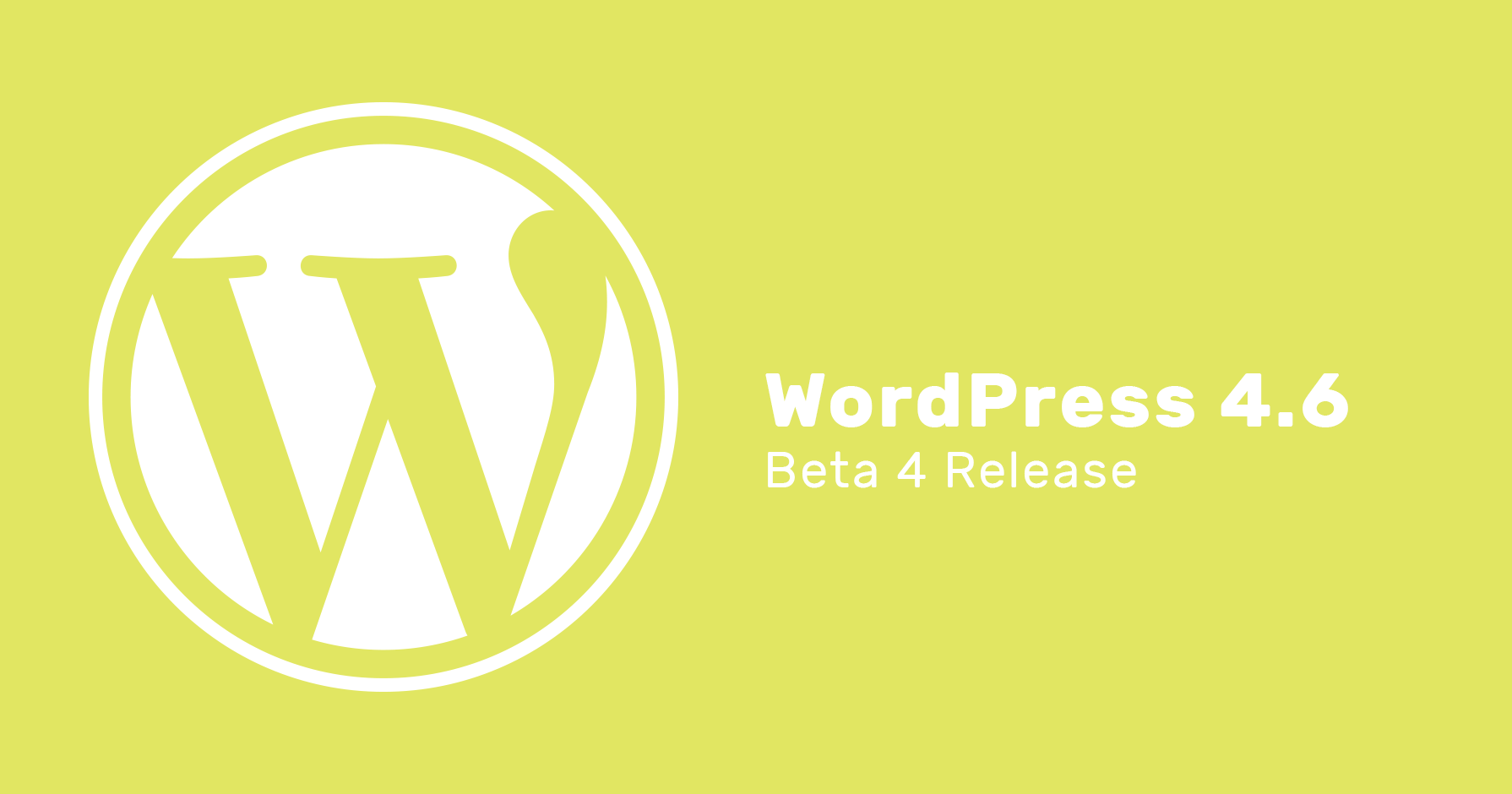 With the major version expected to be released in mid August (target date is August 16) this year, the excitement is all time high. In an article by Dominik Schilling, the lead of the core development team for WordPress version 4.6, he explains that this software is still a work under progress and recommends production sites to not run this. Instead, he suggests to set up test sites to dabble around if you want to see what WordPress 4.6 has in store.

To use WordPress 4.6 Beta 4, try the WordPress Beta Tester plugin (you’ll want “bleeding edge nightlies”). Or you can download the beta here (zip). He added that this would be the final planned beta of WordPress 4.6, with a release candidate (RC 1) scheduled for next week.

Some of the fixes in Beta 4 include:

Dominik and his core development team are working tirelessly to make WordPress 4.6 Beta 4 release a big success. They ask you to test all things in WordPress 4.6 Beta 4 and if you think you’ve found a bug, you can post to the Alpha/Beta area in the support forums. Or, if you’re comfortable writing a bug report, file one on the WordPress Trac. There, you can also find a list of known bugs and everything they’ve fixed.