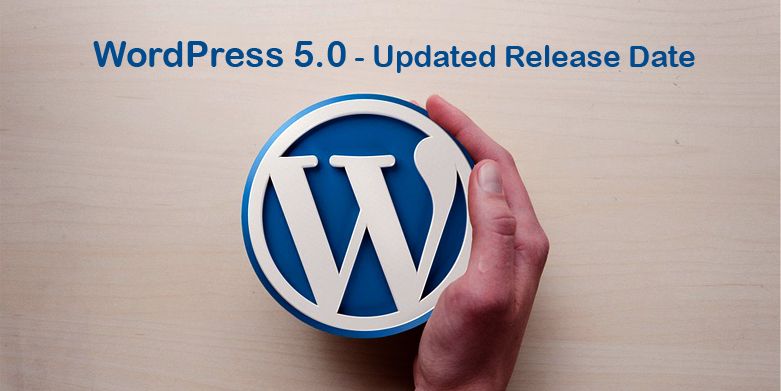 The upcoming big release, WordPress 5.0 now has a new official release date – November 27th, 2018. According to Matias Ventura’s announcement post, the initial November 19th target date was looking a bit too soon for a release date.

Matias wrote, “After listening to a lot of feedback — as well as looking at current issues, ongoing pull requests, and general progress — we’re going to take an extra week to make sure everything is fully dialed in and the release date is now targeted for Tuesday, November 27th (within the space that was originally outlined).”

Ventura also mentioned that Beta 4 and 5 releases will target the dates – 12th and 15th November, respectively. The releases will be corresponding with the Gutenberg 4.3 and 4.4 releases. Similarly, WordPress 5.0 RC1 will be released on 19th November on Monday.

Since this is the big release of this year, the WordPress contributors will be posting daily high-level updates on current status to the core-editor channel. It will include open pull requests to be reviews, outstanding bugs, and more.

Furthermore, the announcement post included a short video of the new WordPress 5.0 release with Gutenberg Editor and new default Twenty Nineteen theme integrated into it. Have a look: