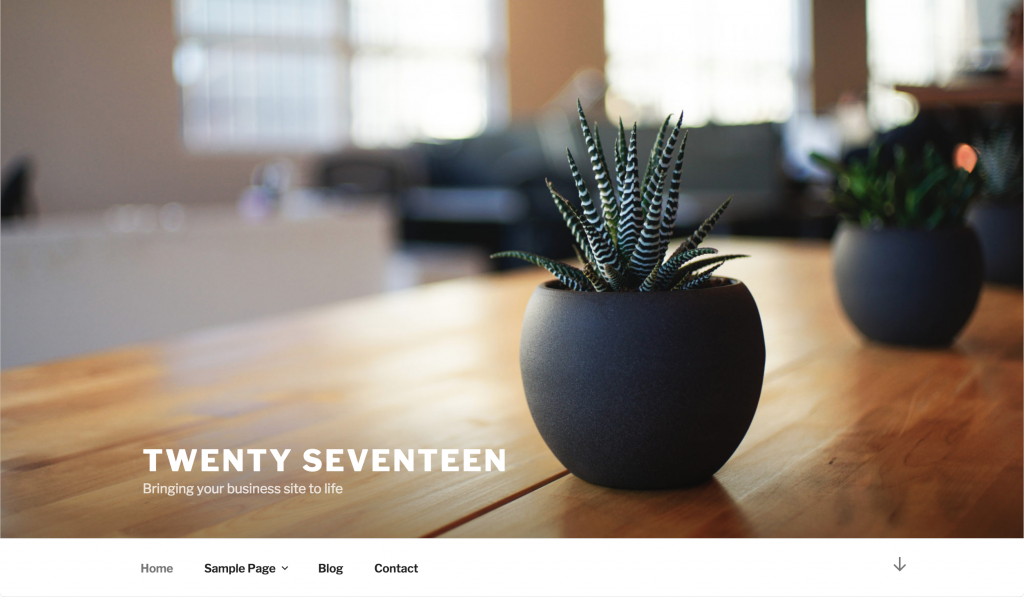 With the release of the beta version of WordPress 4.7 last week, the excitement for the final version is all time high. The core development team, led by Helen Hou-Sandí, expects to make the final release on December 6, 2016. In this article, we’ll highlight what new features are making their way in WordPress 4.7 with screenshots. 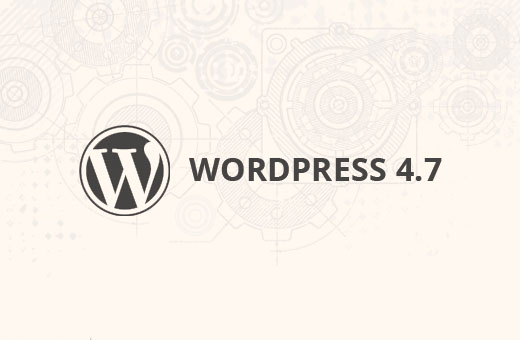 You can try out WordPress 4.7 Beta 1 by using the WordPress Beta Tester plugin (you’ll want “bleeding edge nightlies”). Or you can download the beta here (zip).

Without further ado, let’s have a look at what’s new in WordPress 4.7. 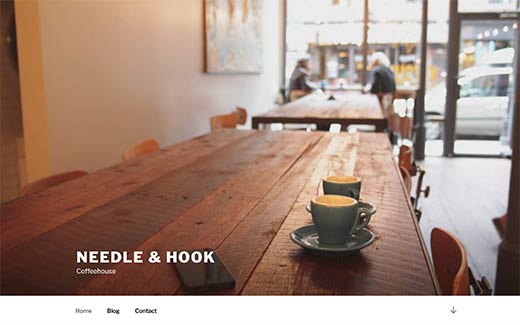 WordPress 4.7 will be the last major release for 2016. It will come with a new default theme for the next year, aptly named, Twenty Seventeen.

Unlike the previous default themes, Twenty Seventeen focuses more on business websites rather than blogs. It even comes with starter content to help new users set up their business WordPress sites. Twenty Seventeen is flexible enough to be used as a blog theme as well. It comes with large featured images, elegant typography and a mobile-first approach to design.

Currently, the starter content feature is only available for new sites, but by the time the theme is released, it is expected to be available for sites with existing content as well. 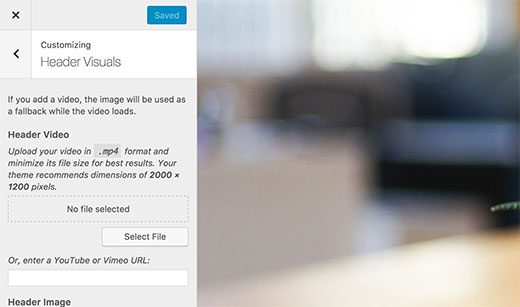 Twenty Seventeen will be the first default theme that allows users to add video headers. Users can upload and use their own videos in mp4 format, or they can embed YouTube and Vimeo videos by simply entering the video URL. 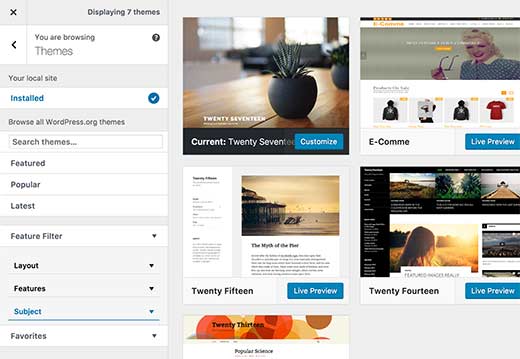 WordPress 4.7 will bring an improve theme and site setup flow. In the customizers, users can now see a more polished view of their installed themes, better theme search and improved setup directly from theme customizer.

WordPress 4.7 will ship with the ability to add custom CSS to themes directly from the theme customizer. But, the custom CSS will be specific to the theme the user is previewing. 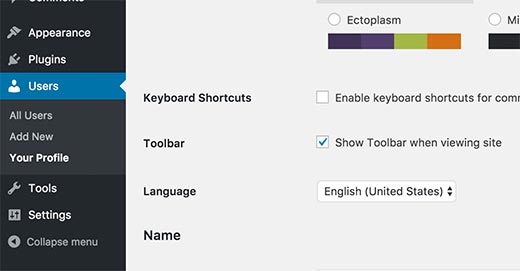 Users will be allowed to switch the admin language from their user profile. Currently, when you install WordPress in other languages, all users see the admin interface in the same language.

But WordPress 4.7 will allow users to switch the admin language but they’ll still need to install the languages before users can switch them.

WordPress 4.7 will show the thumbnail preview of the first page in your PDF document when you upload it to the media library. Presently, WordPress only shows the file icon for an uploaded PDF file. You require additional plugins to add previews. 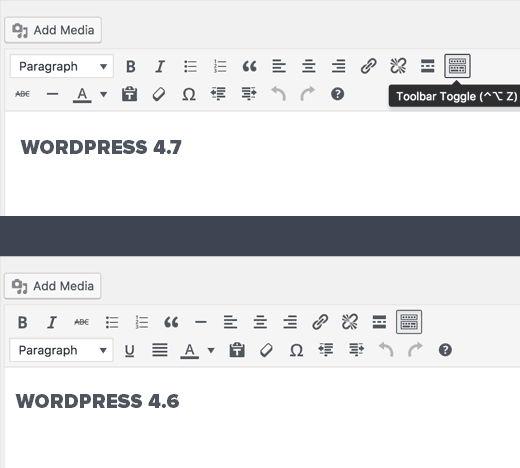 WordPress 4.7 will make some subtle but noteworthy changes to the editor. The paragraph and heading selector menu will not be seen in the top bar, and the strikethrough and horizontal line buttons are moved to the kitchen sink bar. The underline and justify buttons have been removed. However, users can still be able to use keyboard shortcuts in tooltips and drop-down menus.

These updates are mainly intended for the developers but they significantly improve parts of the WordPress core.

Developers will now be able to add their own custom bulk actions to list tables on different admin screens like posts, comments, users, etc. (#16031)

If the content of your website is displayed in a different locale than the one set in admin area, then WordPress will show the toolbar in the language of the content page. (#26511)

We hope this article helped you learn what’s new in WordPress 4.7. Let us know which features you find exciting and what you would like to see in future releases of WordPress in the comments below.

1 thought on “What New is Coming in WordPress 4.7 (with Screenshots)”