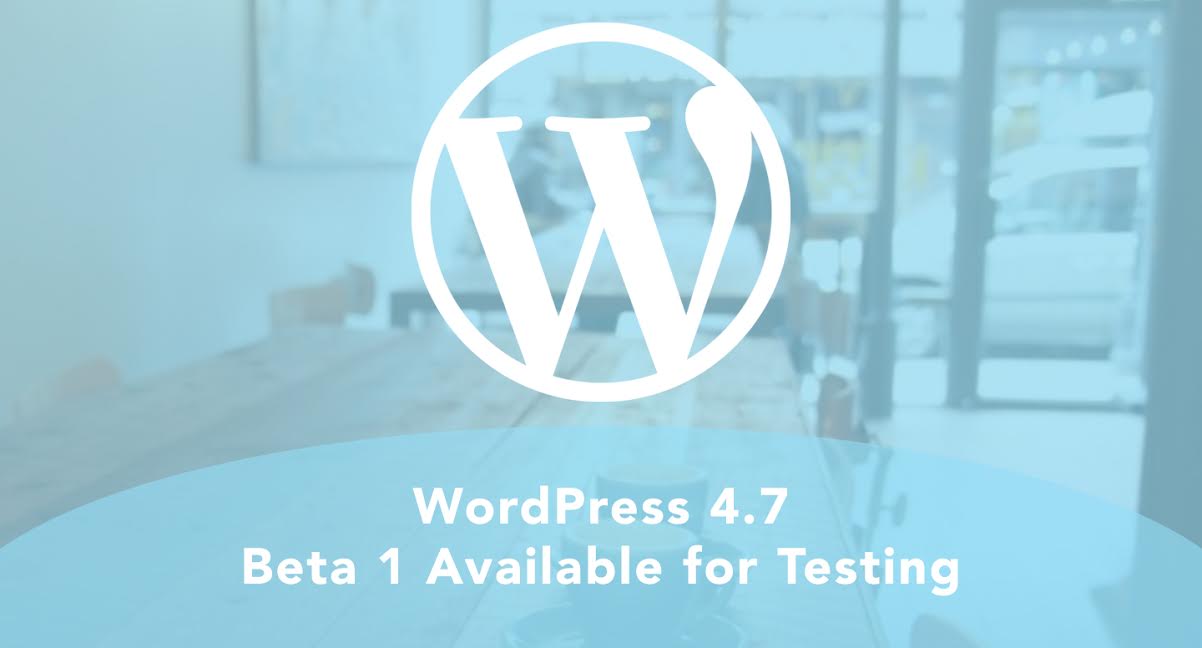 All the WordPressers who have been aching to experience the next major version of WordPress, WordPress 4.7, can now get a taste of the future. Core contributors released WordPress 4.7 Beta 1 with a long list of highlighted features that are certain to excite both end-users and developers.

Twenty Seventeen and its support for atmospheric videos are one of the major front-facing features in WordPress 4.7 that could use testing. Last week, when Twenty Seventeen was merged into 4.7, there was some uncertainty as to whether the first version would ship with video headers or not. Contributors knuckled down and worked quickly to get basic core support for video headers ready for an initial commit.

Twenty Seventeen will be the first WordPress theme to use the new feature. Users will be able to manage video headers in the customizer by selecting a video via the media library or setting a URL to an external video, such as one hosted on YouTube. Theme authors who want to add support for videos will be able to do so by passing ‘video’ => true as an argument when adding theme support for custom headers. If the browser is unable to play the video, it will fall back to the header image.

Other user-facing features that require testing include:

The core development team doesn’t recommend production sites to run WordPress 4.7 Beta 1 as the software is still in the development. If such users still want to play with the new version, it is highly recommended to set up a test site. You can do so by using the WordPress Beta Tester plugin (you’ll want “bleeding edge nightlies”). Or you can download the beta here (zip).

If you want a more in-depth view of what major changes have made it into 4.7, check out posts tagged with 4.7 on the main development blog, or look at a list of everything that’s changed. There will be more developer notes to come, we’ll keep you updated of those as well.

WordPress 4.7 is scheduled for release on December 6 and the development team can surely use all the help they can get. If you think you’ve found a bug, you can post to the Alpha/Beta area in the support forums. If you’re comfortable writing a reproducible bug report, file one on WordPress Trac, where you can also find a list of known bugs.