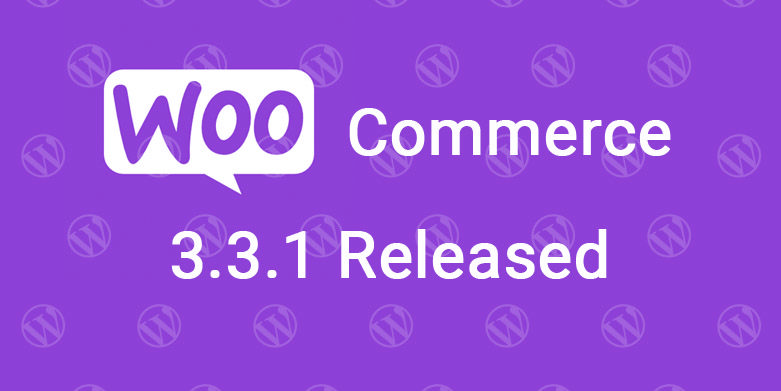 WooCommerce 3.3.1 – the new version of WooCommerce was released yesterday. The release has fixed template conflicts that were discovered in a handful of WordPress themes that forced the team to revert WooCommerce 3.3 update.

The team selected and reviewed a handful of the most common themes running WooCommerce and tested them for compatibility with the 3.3.1 release. In addition to this, some theme authors have tested and released updates to ensure compatibility as well.

The WooCommerce developers have recommended theme authors to use hooks instead of template overrides to ensure maximum compatibility.

In the WooCommerce 3.3.1 fix release note, Mike Jolley, WooCommerce lead developer has written that this release was a learning experience for them and had highlighted problems in the extensibility of the template system and a disconnect between the team and theme authors operating on external marketplaces. He stated, “We hope to find solutions to these problems in the near future.”

You can download WooCommerce 3.3.1 here or venture over to Dashboard → Updates to update your plugin from WordPress. Make sure to fully backup your website before updating.

If you find any issue in WooCommerce core, you can log them in detail on Github and to disclose a security issue to the WooCommerce team, you can submit a report via HackerOne here.