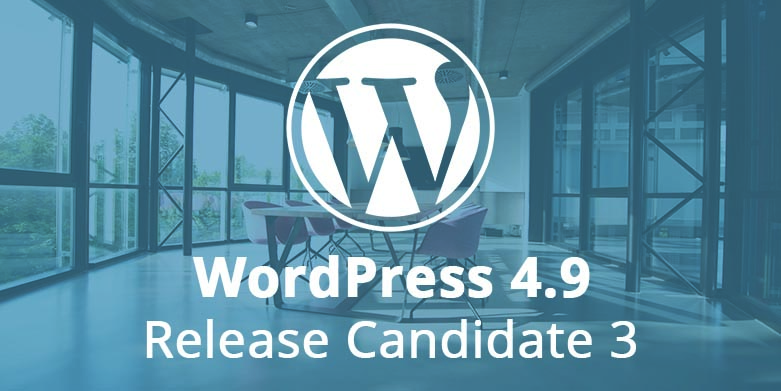 A release candidate (RC) means that the core development team is almost ready for WordPress 4.9. But, with millions of users and thousands of plugins and themes, they’re fully conscious of the possibility that something might have been missed. In fact, the team did miss some things in RC1 and RC2. The third release candidate was not actually scheduled, but due to a number of defects uncovered through the testing of RC2, the team is putting out WordPress 4.9 Release Candidate 3.

The core development team is hoping to ship WordPress 4.9 on Tuesday, November 14 at 23:00 UTC/ 15:00 PST, but the development team still needs your help to get there. So, make sure you test the 4.9 version. If there are additional defects uncovered through testing between now and the release time, the team might delay the 4.9 release to the following day.

To test WordPress 4.9, you can use the WordPress Beta Tester plugin or you can download WordPress 4.9 release candidate here (zip).

The core development team has made over 20 changes since the last release of RC2. Click here to know more about what new features are coming in WordPress 4.9. You can also check out our previous blog posts on WordPress Beta 1, Beta 2, Beta 3, Beta 4, RC1, and RC2.

Below are some of the specific areas to test in WordPress 4.9 Release Candidate 3:

If you find any bug or issue, you can report them to the Alpha/Beta area in the support forums. If any known issues come up, you’ll be able to find them here.

Developers have been requested to test their plugins and themes against WordPress 4.9 and update their plugin’s Tested up to the version in the readme to 4.9. If you find compatibility problems please be sure to post to the support forums so the team can figure those out before the final release of WordPress 4.9. You can check out the summative field guide to WordPress 4.9 developer notes on the core development blog.