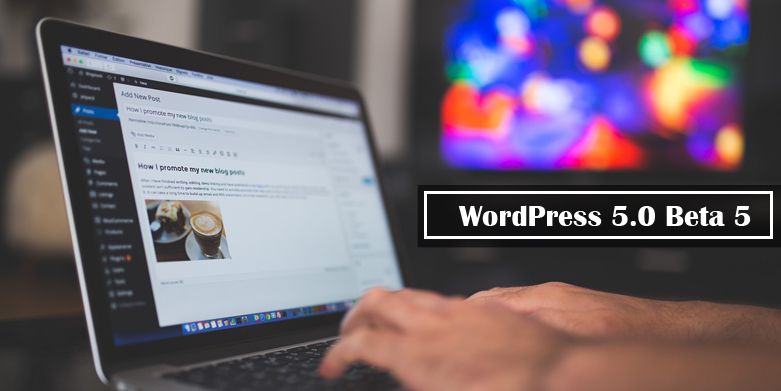 WordPress 5.0 Beta 5, the beta version of the next big release WordPress 5.0, was made available by WordPress.org earlier today.

The software is still in the development mode, and that is why it is best that you don’t run it on a production site. Consider setting up a test site just to play with the newest version. To get the taste of the future, WordPress 5.0, try the WordPress Beta Tester plugin (you’ll want “bleeding edge nightlies”). Or you can download the beta here (zip).

The major version expected to be released in late-November (official targeted date is November 27) this year. The WordPress development team has fixed some big issues since the Beta 4 release. You can know about them in detail below:

WordPress 5.0 Beta 5 has updated the block editor to match the Gutenberg 4.4 release. These are the changes and bug fixes you’re likely to find in the updated block editor:

The new default theme, Twenty Nineteen has been updated and includes several changes, a few of which are:

You can follow the polishing of Twenty Nineteen theme here.

In the WordPress 5.0 Beta 5 update, the final known PHP 7.3 compatibility issue has been fixed. You can brush up on what you need to know about PHP 7.3 and WordPress by checking out the developer note on the Make WordPress Core blog.

So, these were the changes that WordPress 5.0 Beta 5 has introduced since its last Beta 4 release.

What has got you excited about the WordPress 5.0? Let us know in the comments below.