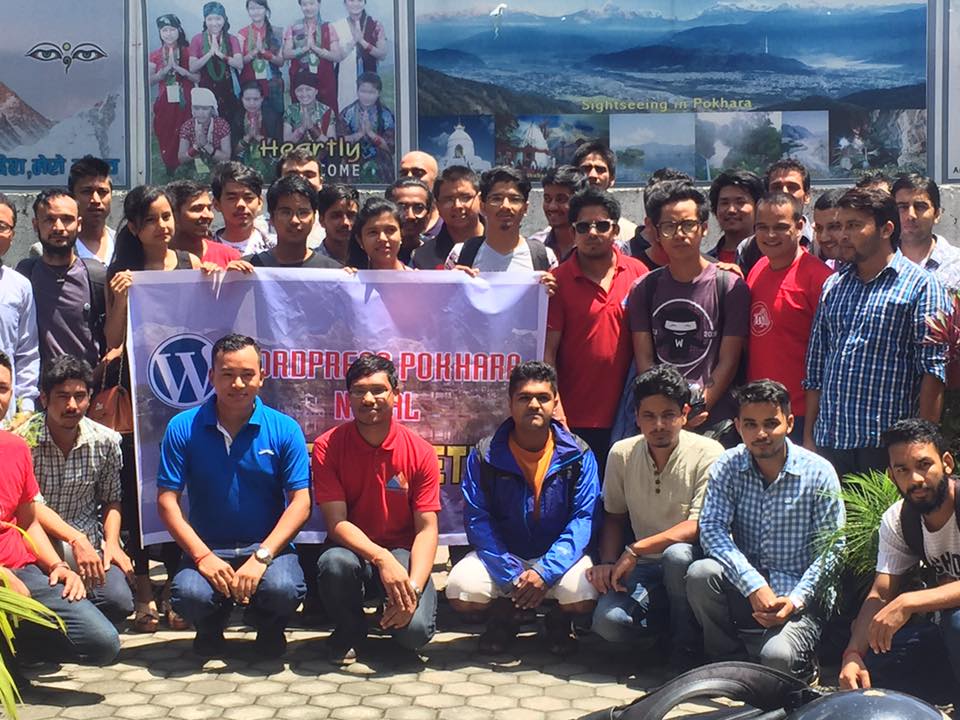 About 70 people attended the meetup which was very impressive as it had been quite a while since the last WordPress Pokhara meetup was held. At the event, Umesh Gurung, a WordPress developer at Web Experts Nepal, shared his experiences with WordPress and he gained from the platform. His topic precisely being “What I gained from WordPress”.

Similarly, Sachet Gurung, a WordPress developer from Theme Palace, also talked on “WordPress and College Internship”. His talk was to motivate young WordPress enthusiasts as himself towards WordPress and the opportunities it presents.

A support team from Kathmandu that had accompanied the committee and presenters made sure that the meetup ran on time and smoothly. Besides the major presentations, the WordPress Nepal committee members shared their plan of organizing at least 6 meetups per year in Pokhara (1 meetup in every 2 months) so as to keep the Pokhara WordPress community alive and thriving. They also hope to organize a WordCamp Pokhara in 2018.

WordPress Pokhara 2016 August Meetup was successful event. It concluded on a high note after a short refreshment and networking session.

Sachet Gurung during his presentation

Yam B Chhetri (right) with attendees

Umesh Gurung during his presentation