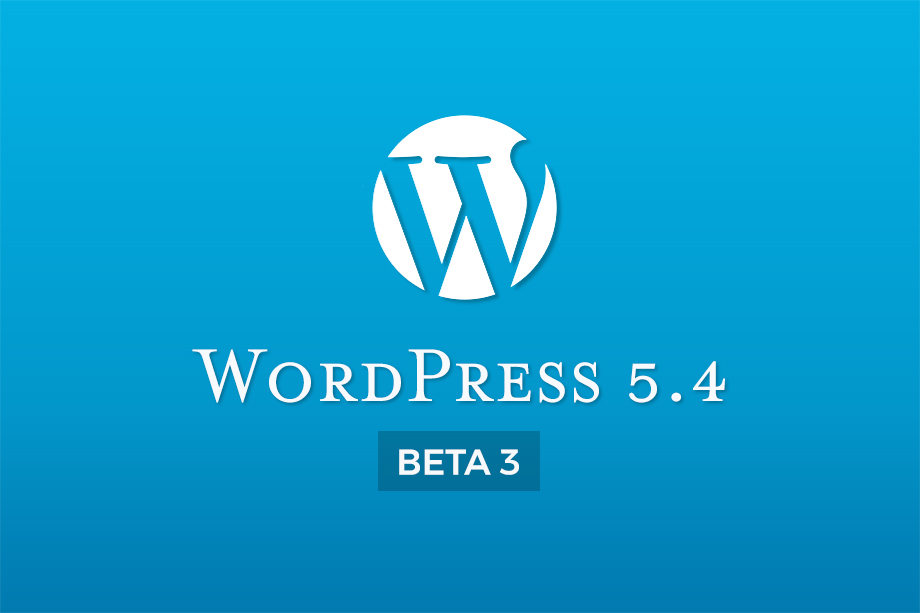 The third Beta has been released for the upcoming major release, WordPress 5.4. The WordPress 5.4 Beta 3 includes over 24 fixes and enhancements. The enhancements were made after the Beta 1 and Beta 2 release in order to smoothen your WordPress experience.

Since the software is still in development mode, it’s best that you don’t run it on a production site. Consider setting up a test site just to play with the new version. To test WordPress 5.4, try the WordPress Beta Tester plugin (you’ll want “bleeding edge nightlies” or “Beta/RC – Bleeding edge” option in version 2.2.0 or later of the plugin). Or you can download the beta here (zip).

Let’s now have a quick look at the highlights in WordPress 5.4 Beta 3.

WordPress 5.4 Release schedule date is on 31st March 2020. And to make the major release smooth and bug-free, the developers need your help. Therefore, we suggest you start testing right away!