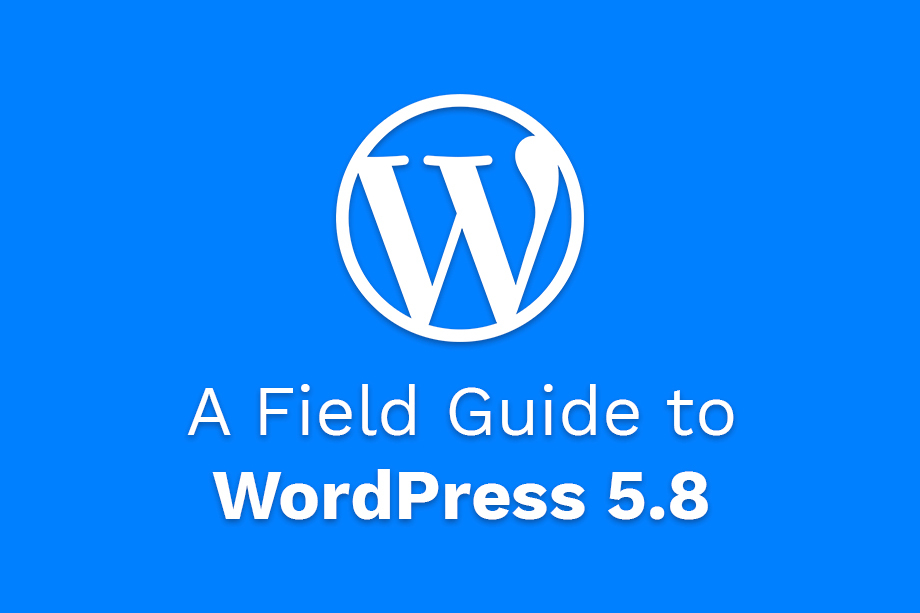 The next major release, WordPress 5.8 is nearing and we all are waiting for the changes it’s going to bring. With this big release on the way, users will be experiencing over 96 enhancements and more than 170 bug fixes. The core development team released a field guide to WordPress 5.8 in the official core channel of the team on July 3.

The guide, posted by Milana Cap, lays down the major changes that will be seen in WordPress 5.8. Milana strongly suggests users test their plugins, themes, and sites with WordPress 5.8 before the release so that they don’t have to face unanticipated issues later.

Like any other major update, WordPress 5.8 will also include an array of amazing performance enhancements regarding the Gutenberg Editor. The default block editor will include features from the last 8 Gutenberg Plugin Update releases (from 10.0 to 10.7). Moreover, performance improvements from versions 10.8 and 10.9 will also be included in WordPress 5.8.

Including the WebP image Format Support, there are many other media changes in WordPress 5.8. Setting foundation for a real performance boost, there’s a new image_editor_output_format filter. Moreover, other media changes include infinite scroll replaced with AJAX response and copy-link button on the media upload screen.

With the enhancements on widgets and sidebar, there is also a new operator for taxonomy queries within post collections, support for the eagerly awaited AND comparison, which allows posts meeting all passed criteria to be matched.

There are Site Health Updates in WordPress 5.8 which includes new actions for extending the navigation in the Site Health screen and new info provided by Site Health via a list of the supported file types for the active image editor.

Two new action hooks have been included in WordPress 5.8: delete_theme and deleted_theme. Also, other updates like a few UI improvements such as clearly showing if a theme is a child theme, update the counter in admin menu item, and removal of the “Featured” tab in Add Themes screen are available. Moreover, the older bundled themes are refreshed with some nice block patterns for your pleasure and inspiration.

Over 170 bugs, 96 enhancements and feature requests, and 24 blessed tasks have been marked as fixed in WordPress 5.8. Some additional ones include:

The major release is nearing and we, as a responsible part of this wonderful community, should help our developers deliver the new version as smooth as possible. Therefore, we request you to please test your code. So that any prevailing issues can be fixed beforehand and help you and other millions of WordPress users and sites.

We’re eagerly waiting for the WordPress 5.8 update to land and we’re sure you are too. Stay updated with us for more WordPress-related articles. Happy WordPressing!