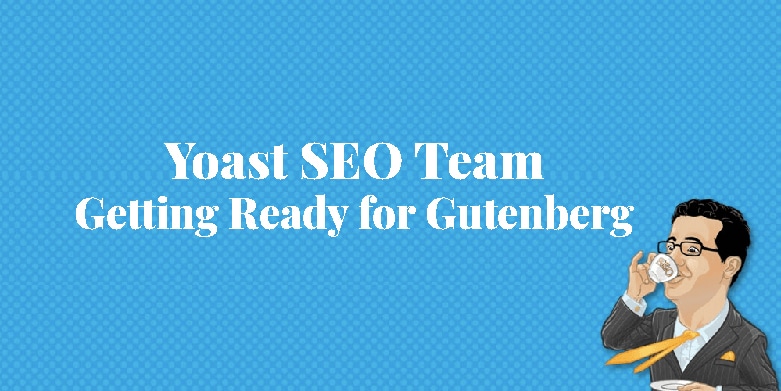 The Yoast SEO team is getting ready for Gutenberg, the new editor that will roll out in WordPress 5.0 this year. Joost de Valk, the founder, and CEO of Yoast tweeted a preview of the Gutenberg integration that the team is testing currently.

The tweet included a preview of Yoast SEO plugin working inside the Gutenberg UI.

Officially still on holiday… But, testing our @yoast SEO Gutenberg integration as the first real integration piece is due next week, this is making me happy (and extremely proud of our team):#gutenberg #wordpress #yoast pic.twitter.com/UHFAdH0wAt

The plugin is currently on the version 7.9.1 and has 5+ million active installs on WordPress. The new version, Yoast SEO 8.0 release has been scheduled for next week on Tuesday. And, the exciting part is that it will be released with the first round of Gutenberg compatibility in place. The Yoast team has been working on the plugin’s Gutenberg integration roadmap for the past couple of months.

“8.0 is coming on Tuesday with most of it, some bits are relying on the integration of an annotations API in Gutenberg, which is not entirely under our control,” de Valk said. “We need that to do markings like we do in the classic editor to highlight where your errors are. Feature complete is quite a while off – we want to do a LOT. Gutenberg is opening a whole new playing field for us in terms of more in context, actionable feedback.”

The Yoast SEO team has been excited and getting ready for Gutenberg era since its inception.

In a recent Twitter thread, de Valk summarized his thoughts on the project and described the direction the Yoast plugin is headed. You can learn more about it here. de Valk has talked about the changes coming in WordPress in a very positive way and has encouraged users to look at the advent of Gutenberg as a door to new opportunities during this transition time.

“Gutenberg is not ‘done,’” de Valk said. “I think it’s ready to ship, but I also think it opens up a world of new opportunities and discussions. It’s not all ‘right’ yet either, so there will have to be changes as more people use it and get used to it. I do realize this is a drastic change in some ways. But it’s also not half as bad as people think it is. I have seen people use it for the first time, most people get used to it very quickly. Last but not least: you don’t have to switch now. The classic editor plugin exists for a reason. You can put off your switch for a year, or even two. But eventually, I think everyone will see the power of the new editor and will switch.”