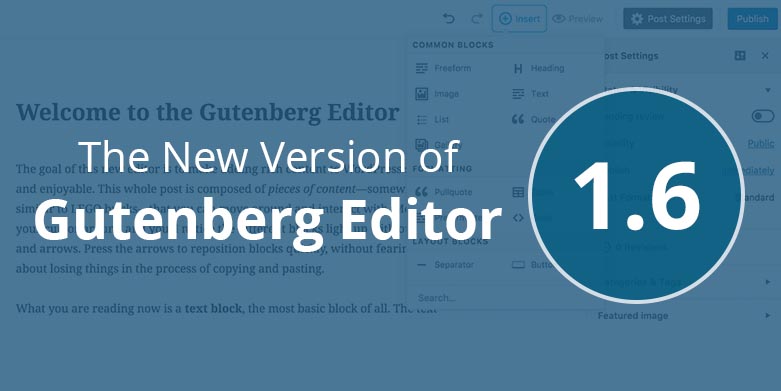 The newest version of Gutenberg Editor is here – Gutenberg 1.6. The new version was released on 31st October and has brought some major changes to the writing experience this time.

The changelog had a full list of more than 50 improvements in Gutenberg 1.6 this time. Some of the major changes in the writing area include reducing the visual weight of blocks, improving the behavior of keyboard interactions, moving the block toolbar to a docked position at the top of the interface, and more.

Now, let’s have a quick detailed look at the major changes in Gutenberg 1.6.

In the new version of Gutenberg editor, Gutenberg 1.6, the block toolbar has been relocated to the top of the editor. Prior to the version 1.6, the users would inadvertently end up with the tools and toggles popping into the view from all sides of a block.

In the earlier versions of Gutenberg Editor, any small mouse movement would pull the block toolbar back into the view, which somehow made the writing experience annoying. Gutenberg 1.6 has made the block toolbar completely independent of the content by fixing it to the top of the editor. The change has reduced the amount of visual distraction in the writing experience, keeping the toolbar in a way that is familiar to users coming from the Classic Editor.

The toolbar will now automatically adjust to display tools specific to the block type that is in focus. Users will not have to select through other tools that are not applicable to that specific type of content. It does not show if no blocks are selected.

Joen Asmussen, Gutenberg designer has described it as a part of a larger effort to try to reduce the visual weight of the block. He said, “The cognitive load of the chrome we show around and in context of the block unit has been an ongoing topic for a while.” He also said that the concerns had been noted that it felt heavy, there were many toolbars, options and it got in the way of writing.

Placing the block toolbar to the top of the editor was a strong move towards making the blocks feel lighter and easy to work with. Gutenberg 1.6 has also included several other UI tweaks along the same theme. It introduced an alternate style for block boundaries and multi-selection that removes the previous hover and selected styles for blocks, which were somewhat heavy-handed and distracting. Instead, hovering over the block will now simply bring the floating settings dots into view on the side of the block. The contributors have also redesigned the selection styles to be more subtle, making the separator, more and button UI items feel more lightweight.

Gutenberg 1.6 has also introduced the ability to convert a classic block (post) into several Gutenblocks. The resulting divided block is fairly instantaneous.

Version 1.6 has also changed the UI to make meta boxes a part of the main column, instead of a collapsible box. There were many plugin developers who complained that the UI gave the impression of having been pinned to the bottom as “a bit of an afterthought.” 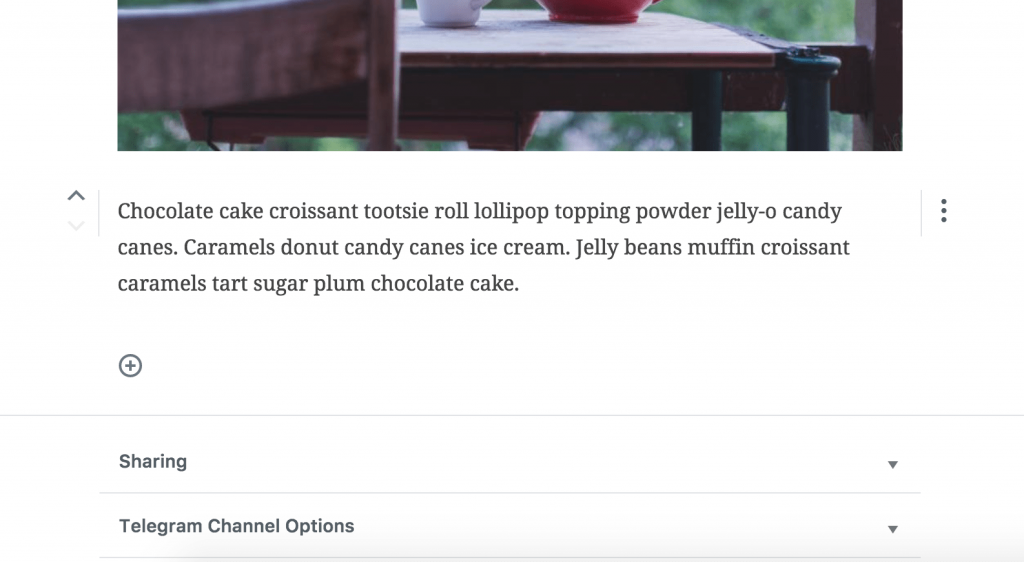 Apart from the major changes in the writing experience, Gutenberg 1.6 also had many other improvements as well. Some of them are listed below:

These are only a few of the changes that came along with Gutenberg 1.6. Check out the full list of changelog to know more about the enhancements.

The new Gutenberg 1.6 is a very big release with many fixes and improvements. That’s why the plugin developers are requesting everyone to try out the new version and help them test it.