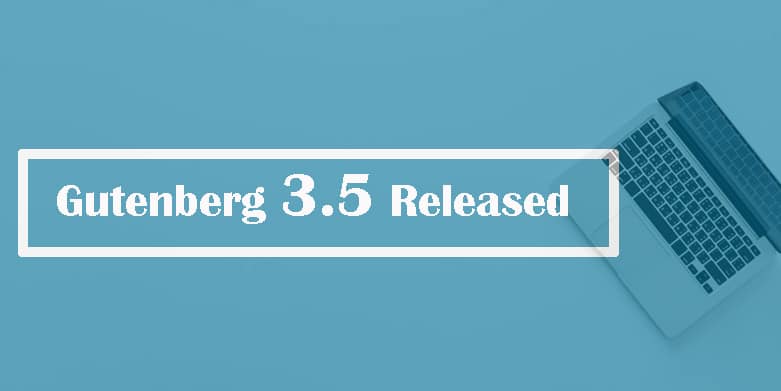 Gutenberg 3.5 – the newest version of Gutenberg has been released with new features and improvements. The new update was released on August 9, 2018, with more than 100 enhancements included in it.

The new update has been released after WordPress 4.9.8 was released this week with the new “Try Gutenberg” callout in it. The new callout helped a lot in getting more eyes on the Gutenberg editor. The number of installs has increased from 15K to more than 120K in only a few days. A lot of reviews and feedbacks have rolled in since the callout shipped out with 4.9.8.

A few previous Gutenberg updates have focused more towards the bug fixes and enhancements. This time, Gutenberg 3.5 has included several fixes, polish, and cleaner interactions around the writing flow. And on the developer side, there have been enhancements around refining and adding to the pool of APIs and documentation.

The update has added an edit button to the embed blocks to modify the source. This small enhancement helps you to change the URL quickly.

As many feedbacks were given pointing that people are confused about the inline images as they expect them to behave like the image blocks, the new update has de-emphasized inline tokens within the inserter for a better user experience. 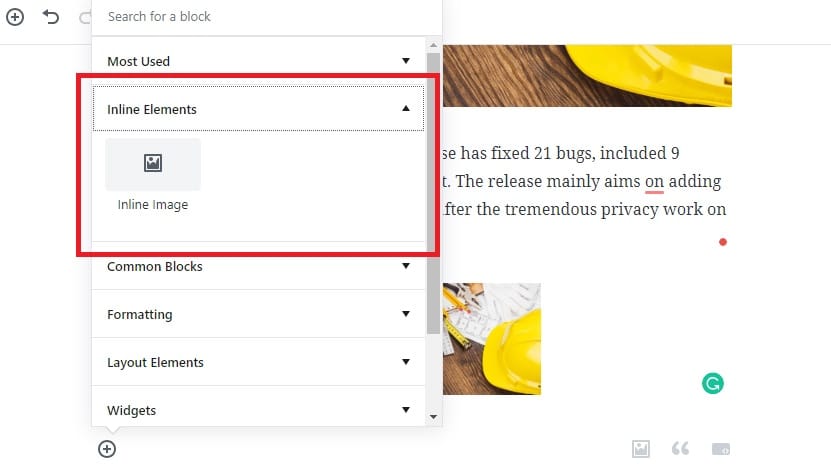 Here are a few other notable changes in Gutenberg 3.5.

You can check out the full list of changes in Gutenberg 3.5 here.

The Gutenberg Editor is getting better with each updated version as it is getting closer to its final release. Also, the developers are implementing new features and refinements to make it as easier as possible for users to use it with each update. If you haven’t tested it yet, we suggest you give it a try right away. If you find something that bugs you, you’re always welcome to patch things you don’t like in WordPress.