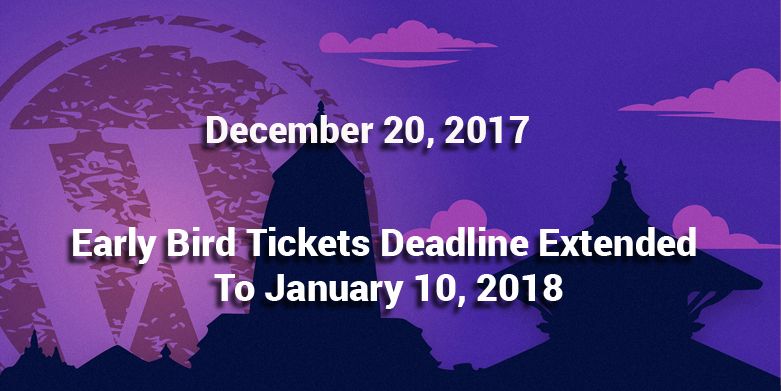 So, if you haven’t already, book your seats right away rather than paying more later. We look forward to an amazing two days of connecting, sharing, and networking with you on 17th and 18th of March, in WordCamp Kathmandu 2018.