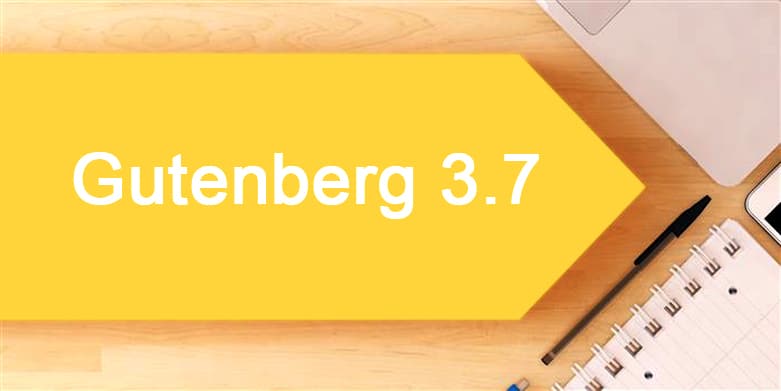 Gutenberg 3.7 – the newest version of Gutenberg has been released with new features and improvements. The new update was released on August 31, 2018, with more than 90 enhancements included in it.

According to Matias Ventura’s release post, the update focuses towards adding further clarity to some core interaction and fixing issues. In the Gutenberg 3.7 update, the toolbar, previously named “Fixed Toolbar” has been renamed as “Unified Toolbar”. It is an optional mode that fixes all of the toolbar icons to the top of the editor, similar to the Classic editor. As per the Gutenberg developers, this mode was preferred by more experienced users that don’t mind the disconnection between the tools and the content blocks.

An addition of animation and icon has been included in 3.7 version focusing on the Block Converter action. Hovering over a block’s icon will now display two arrows representing the ability to change block types.

Gutenberg 3.7 also includes an additional setting that focuses the editing experience on a single block at a time, as well as de-emphasizing some of the block boundaries. A new mode—’Spotlight’ has been introduced for those who want to focus on one block of content at a time. With the feature enabled, the blocks that are not being edited, partially fade away and the block outlines disappear. So, the feature basically provides a more focused writing experience for its users. 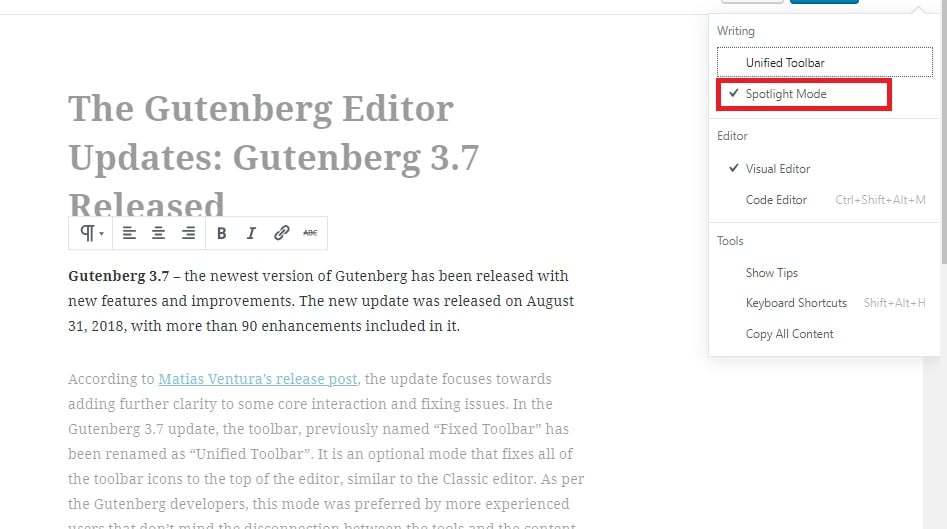 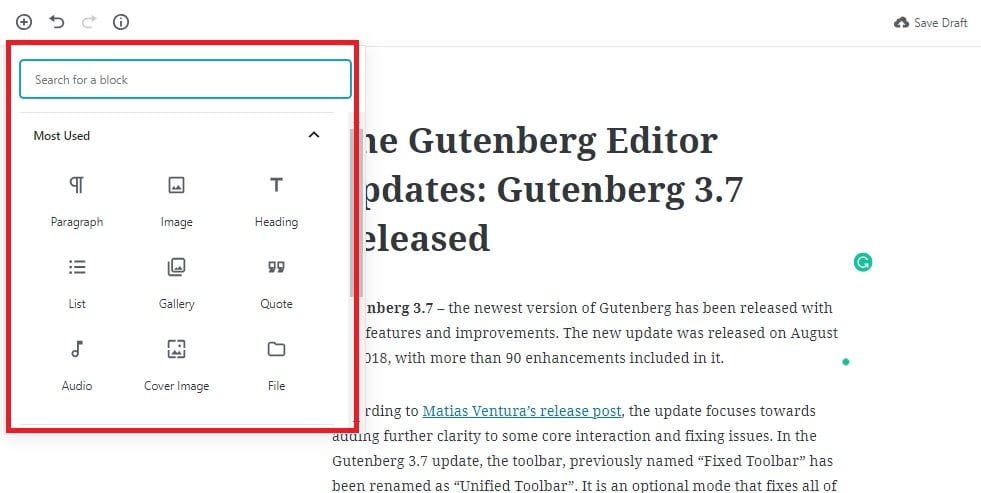 Here are a few other notable changes in Gutenberg 3.7.

You can check out the full list of changes in Gutenberg 3.7 here.

The Gutenberg Editor is getting better with each updated version as it is getting closer to its final release. Also, the developers are implementing new features and refinements to make it as easier as possible for users to use it with each update. If you haven’t tested it yet, we suggest you give it a try right away. If you find something that bugs you, you’re always welcome to patch things you don’t like in WordPress.