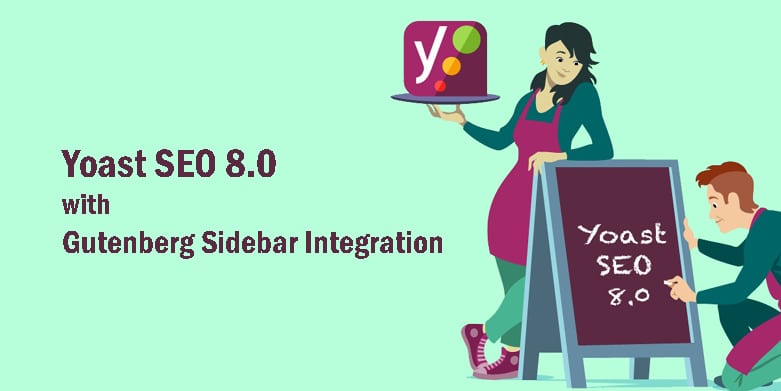 The most loved SEO plugin, Yoast SEO is here with a brand new version – Yoast SEO 8.0. The new update was released yesterday and has introduced Gutenberg Sidebar Integration and an enhanced Meta Box to its users.

The Gutenberg developers are on their toes to make the Gutenberg editor as accessible as possible for the users. And all the developers working with WordPress are getting ready for Gutenberg. Similarly, the Yoast SEO team has also been preparing for Gutenberg since its inception as well.

If you’re already using the Gutenberg plugin, with the new Yoast SEO 8.0, you will now be able to see two meta boxes—one below the post and the other in the sidebar. This is because the Yoast team has not yet added all optimizations to both yet. Users will be provided with an option to choose between the two meta boxes in future updates.

The new design has included collapsible panels with colored smiley face indicators, neatly arranged next to your post. The snippet preview and social previews feature can still be found in the meta box below the post editor. They will be integrated into the Gutenberg UI in the coming updates.

The option to add additional keywords, internal linking suggestions, and insights are only available in the premium version of Yoast SEO plugin.

Now, for those who’re using the classic editor, Yoast SEO 8.0 has introduced some of the meta box UI improvements. However, you will not be able to see the Yoast SEO option in the sidebar. You will be provided with an organized, revamped, and collapsible sections. The collapsible sections provide a clear overview of the various optimization functionalities and the colorful smileys lets you know if you’ve done a good job optimizing. 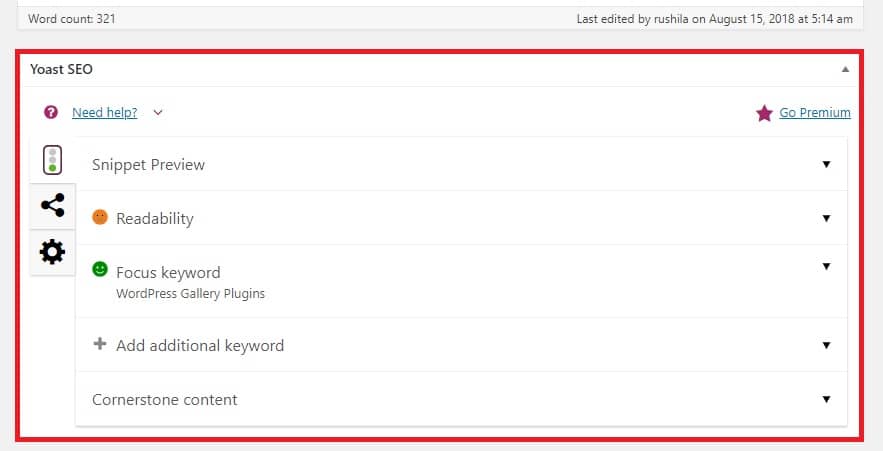 After releasing the version 8.0 with a glance of Gutenberg integration in it, the Yoast team is now working on allowing users to create blocks with the correct structured data automatically attached for things like books, recipes, products, and other specific content types.

This is the first step that the Yoast team has taken towards Gutenberg integration and we must say the team has succeeded in enhancing the user experience with this release.