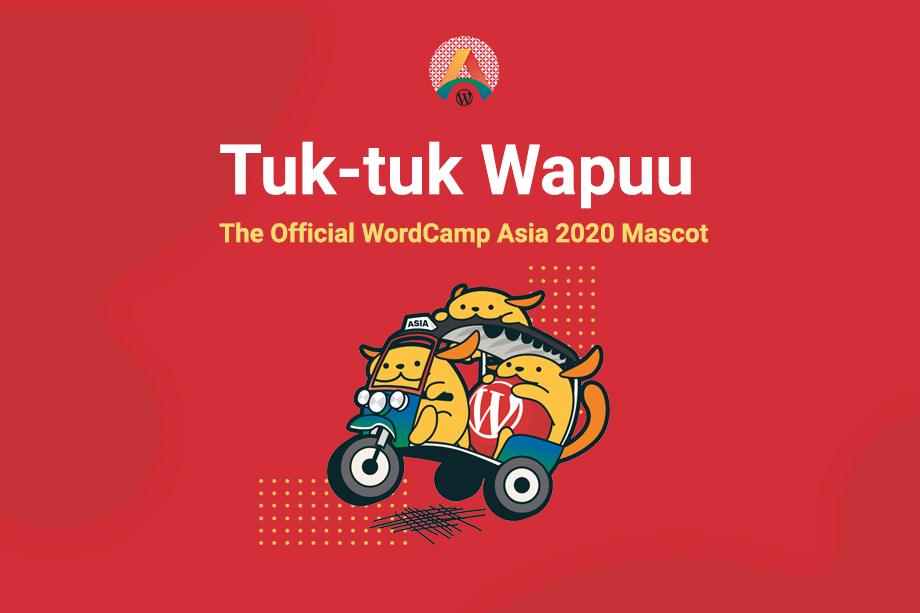 The WCASIA2020 team has finally revealed the Wapuu winner of Call for Wapuu and now we have our official WordCamp Asia 2020 Mascot – Tuk-tuk Wapuu.

There were a total of 16 Wapuu design submissions by 12 designers from around the globe like Hong Kong, Taiwan, Malaysia, India, Japan, and Thailand. Each of the Wapuu submissions had a unique inspiration behind it. Out of all the submissions, the Tuk-tuk Wapuu got the utmost votes and became the official WordCamp Asia 2020 mascot.

Chiaki Koun, the winner of the Wapuu contest, is a Japanese designer and is currently living in Hong Kong. She is also a website developer and a marketer. She is an active participant in WordCamps since 2017 and has participated 10 times in 6 countries, mainly in Asia. Additionally, she was on the organizing team at WordCamp Ogijima 2018 and WordCamp Hong Kong 2019. Know more about Chiaki here.

She had a very nice concept behind her Tuk-tuk Wapuu design. It reads, “Let’s take Tuk-tuk and get together in Bangkok, Asia! Multiple Wapuu representing knowledge sharing, social activities, liveliness are riding Tuk-tuk on the street of the bustling Asian city, Bangkok. The Tuk-tuk is colored with red, a key color of WCAsia to let the blue color of the sphere with the WordPress logo stand out at the same time. I tried to express the image of leap, speed, lightness, and fun.”

Check out all the Wapuu design submissions here.