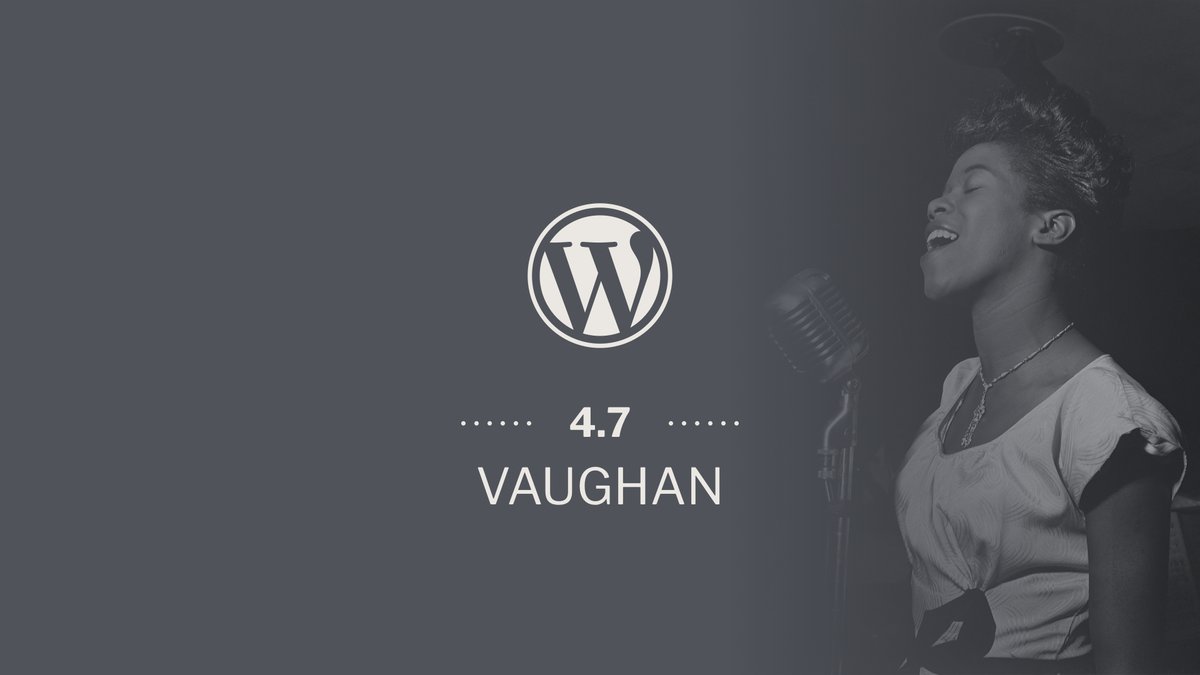 As per the WordPress 4.7 release schedule, the most awaited release of the year is finally here. WordPress.org made available the newest version of WordPress today. WordPress 4.7, named “Vaughan” as a tribute to legendary Jazz Vocalist Sarah “Sassy” Vaughan, is now available for download on your WordPress Dashboard. There is a wide array of new features added and improvements made so that users can work with WordPress in a completely untroubled fashion.

The WordPress 4.7 release comes with the features we saw in the Betas and Release Candidate. We’ve already discussed all of those in our previous posts.

This time around, WordPress has definitely taken a huge leap with the integration of the foundation for REST API added to core. The new default theme for the next year, Twenty Seventeen is a theme like you’ve never seen before. Tilting its focus towards businesses rather than Blogs, Twenty Seventeen comes with a plethora of new features. However, no harm in using it as a Blog theme as it has large featured images, crisp typography, and a mobile-first approach to design.

Moreover, users will now be able to add Video Headers for easier adding of videos to their website by simply entering the URL or uploading your own mp4 videos. Twenty Seventeen also comes with Starter Content for themes to help new users setup their WordPress websites with more comfort. Visible Edit Shortcuts in Customizer Preview will take away the guess work and allow users to have a clearer idea when customizing themes. The addition of Custom CSS in Live Preview is a feature almost everyone is excited for.

Similarly, changes have been made to the Media Component. Users can now easily preview PDFs in the media library by generating image representations of the first page with Enhanced PDF Support. Also, the fallback behavior for alt text in WordPress has been removed as a way of Improving Accessibility of Image Alternative Text.

Admins can now change the language they are comfortable with to use WordPress with Admin Language Control for Users. The true essence of Multi-lingual is here.

Furthermore, Customizer Improvements will now allow users to create pages within live preview during site setup. The navigation will be faster, smoother, and more accessible. You can also automatically persist your changes in the background while you browse your site and switch themes in addition to letting you fine-tune your site with custom CSS.

There are several other additions for those who love to get under the hood as well. There are improvements in performance, taxonomy and registering of settings among others. Go through the official WordPress 4.7 Release Note, here for more details.

The WordPress 4.7 Release was led by Helen Hou-Sandi after having been passed the torch by Matt Mullenweg. She was backed up by Jeff Paul and Aaron Jorbin as Release Deputies. She has been completely immersed in the development and has done a commendable job leading the team. There are 482 contributors with props in this release—the most ever—with 205 of them contributing for the first time.

You can read our previous posts on what’s new in WordPress 4.7, the field guide, Beta 1, Beta 2, Beta 3 and Beta 4 as well as the Release Candidate.

Did this WordPress 4.7 Release fulfill all your expectations? How did you find Twenty Seventeen? Please share your views with us in the comments.