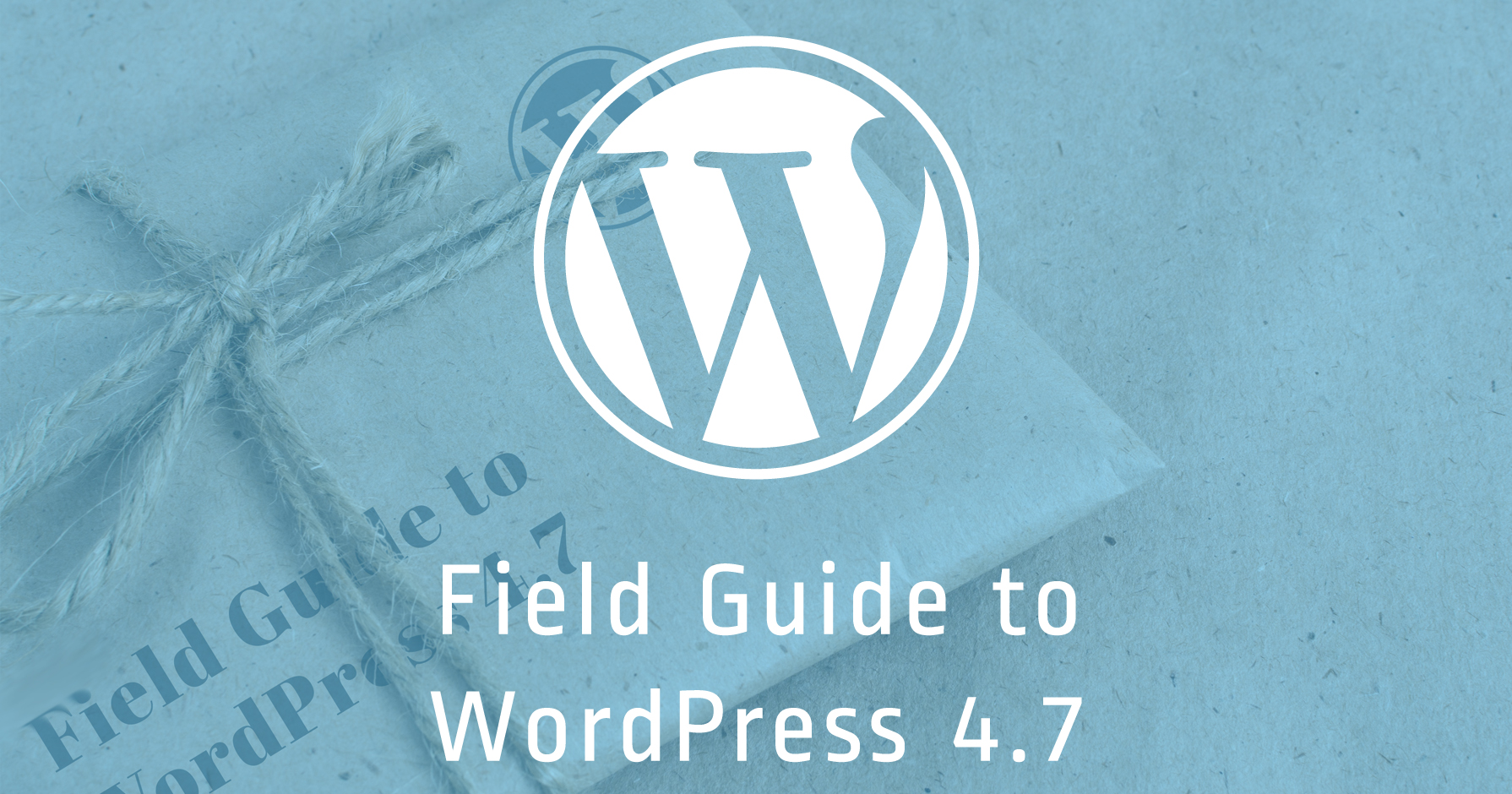 The most awaited release in the WordPress world is only hours away. In WordCamp US 2016, Matt Mullenweg announced that WordPress 4.7 will be named “Vaughan” after the Jazz musician Sarah “Sassy” Vaughan. Just today, Aaron Jorbin from the Development Team released a field guide to WordPress 4.7.

WordPress 4.7 is shaping up to be the best WordPress yet!  Users will receive new and refined features that make it easier to ‘Make your site, YOUR site’ and developers will be able to take advantage of 173 enhancements and feature requests added,” says Jorbin.

WordPress 4.7 is coming with a sundry of new features and all of them are very exciting. We have been giving you news as they come, however, let’s take a look at the complete list of new additions.

A Field Guide to WordPress 4.7

Since WordPress 4.4, the foundation for REST API has been added to core. In WordPress 4.7 we shall see the added Content Endpoints following a discussion on core. The development team has defined four success metrics as part of the merge discussion and asks the users to help. Help could come in any form such as building themes and plugins on top of the API, using the API in custom development projects, and utilizing the API for a feature project, core features, or patches.

WordPress 4.7 will include a new default theme with a multi-section home page. Now that is a brand new feature in WordPress. Additionally, Twenty Seventeen will have a higher appeal towards businesses and non-blogging websites than the WordPress themes have had in the past.

Similarly, there are also major changes to the media component in WordPress. Them being:

There are also other small but important changes made to the media component. For more details, read this article.

Given that it is important for users to be comfortable with words in WordPress, admins can now choose their preferred language from their User Profile. Read more.

Moreover, users will now be able to create pages within live preview during site setup. The navigation will be faster, smoother, and more accessible. You can also automatically persist your changes in the background while you browse your site and switch themes in addition to letting you fine-tune your site with custom CSS.

Getting Under the Hood

There are a lot of notable changes that make sure that things will get easier for those who like to get under the hood.

That isn’t all. More than 447 bugs, 165 enhancements, 8 feature requests, and 15 blessed tasks have been marked as fixed in WordPress 4.7. There are a few additional ones that are worth highlighting:

To sum it all up, that’s about everything that we will get to enjoy in WordPress 4.7. Make sure you test your codes and themes as it’s easier to fix things now than wait for the release (which is only hours away).

Hopefully, with a field guide to WordPress 4.7, you now know for sure what to expect.

We hope you’re as excited for the release as we are!