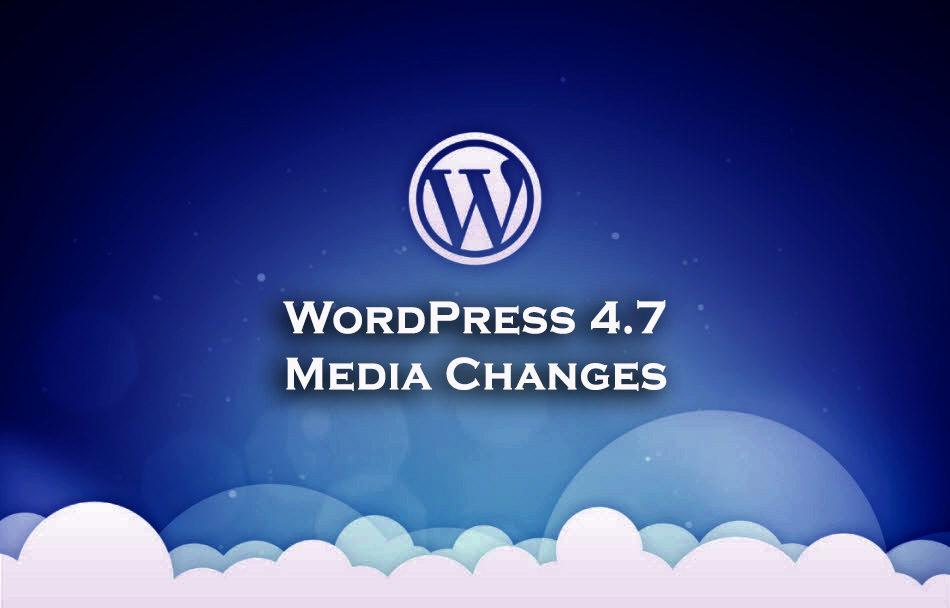 WordPress 4.7 is less than a fortnight away and the development team is fully focused on making it even more user-friendly. Two major changes to the Media Component have been made along with other complementary changes.

Joe McGill from the WordPress 4.7 Development Team announced few changes to the media component. There are two major changes:

If a WP_Image_Editor  that supports PDF is available, the following sizes are generated:

The generated sizes are modifiable, or the feature can also be disabled entirely via the new fallback_intermediate_image_sizes filter. The sizes are all stored in the sizes array in attachment meta. The preview images generated are used within the Media screen, Gallery, Attachment Details, and on the Attachment page for PDFs. You can find more details on this topic here.

A new change to the way image alt attribute values are generated has been included in WordPress 4.7. Previously, any time WordPress would attempt to use either the caption text or the image title—in that order—as a fallback value for an image with an empty alt value. The fallback behavior has been removed in WordPress 4.7. So now, users should make sure they set a value for alt text in the media library.

This improves in accessibility as a person using a screenreader would have the alternative text read to them. And ensuring a meaningful alternative text is added to each image makes sure they aren’t confused with unnecessary image titles or captions used as a fallback value. Read more details about the changes here.

In addition, there are few other changes to the media component in WordPress 4.7:

Earlier on, files uploaded to the media library with changed titles weren’t possible to find again by searching for the file name. There have been fixes and now, the attachment search queries will also include matches to the wp_attached_file post meta value.

Other Enhancements and Bug Fixes

The development team is making all necessary changes to WordPress 4.7 to make it more accessible and user-friendly. The WordPress Beta 4 has been available for testing for a week and the Release Candidate is due for release soon.

What do you feel about the changes to the media component in WordPress 4.7? Share it in the comments.