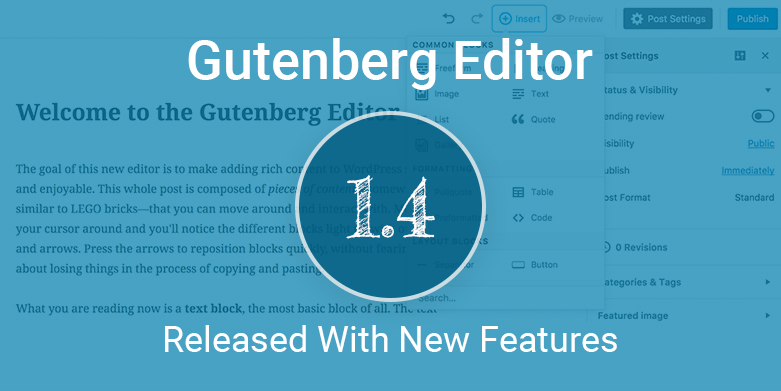 The Gutenberg Editor is here with its new version, Gutenberg 1.4. The new version was released on 10th October and has brought some interesting features along with some improvements in it.

With Gutenberg 1.4, you can now change the HTML of an individual block now. It allows you to make edits and tweaks to the HTML of individual blocks without having to hunt for the relevant code in the full document view. HTML mode can be triggered by toggling the ellipsis menu and selecting the HTML icon. This will switch the block between visual and text mode. 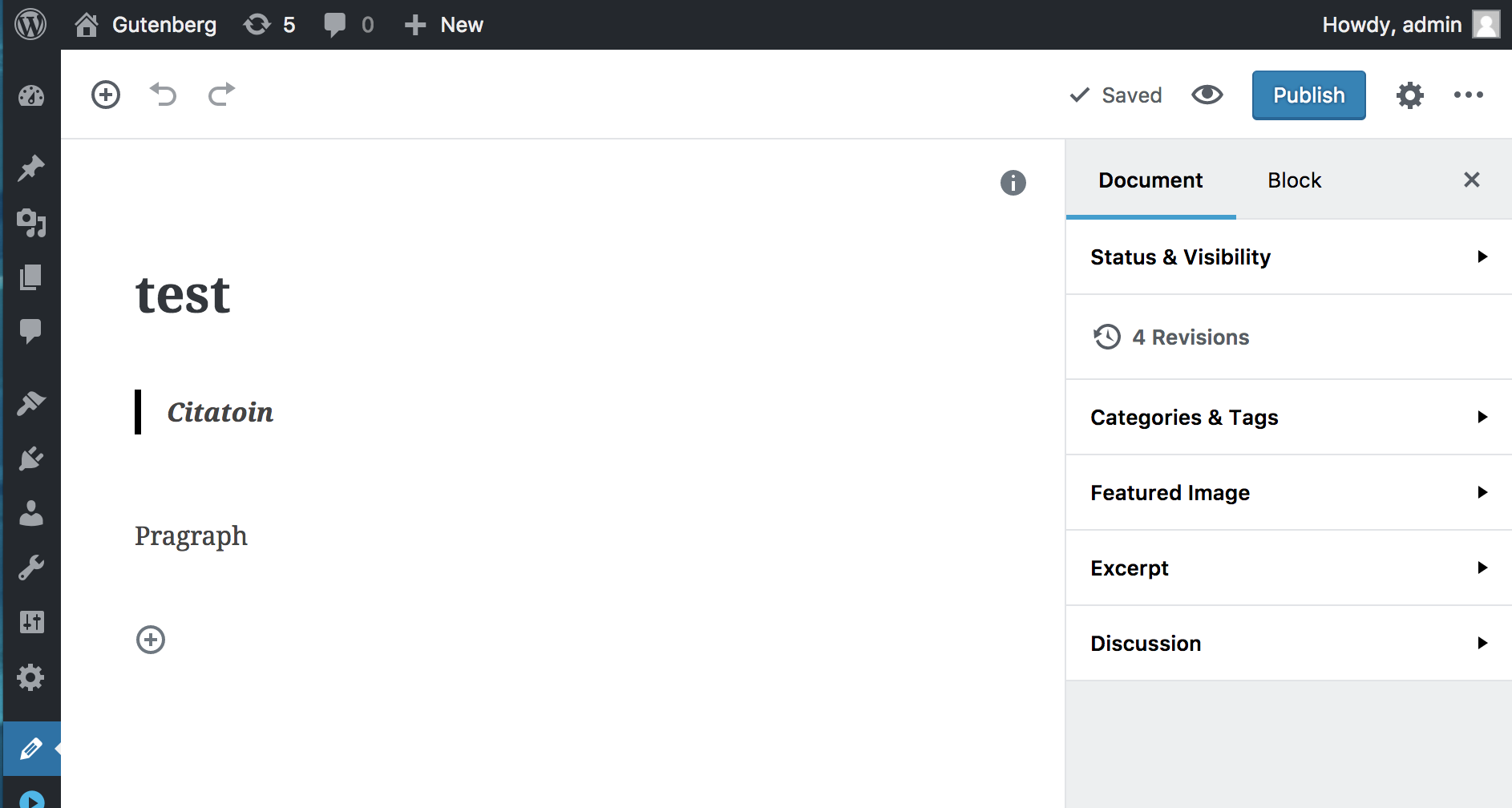 One of the Gutenberg contributors, Robert Anderson said the next step is to add a core/reusable block to the editor that can be rendered and edited, followed by a UI for adding, deleting, attaching, and detaching reusable blocks.

The new version of Gutenberg, Gutenberg 1.4 will allow you to show the most frequently used blocks when hovering over the inserter. If the editor doesn’t have enough usage data, it will display the paragraph and image blocks by default.

The previous version of Gutenberg, Gutenberg 1.3 introduced a new feedback option for testers with a link in the Gutenberg sidebar menu. Ventura reported that the team has received 12 responses so far, which included four bugs and two proposed enhancements.

Here are some of the other improvements in Gutenberg 1.4:

To know more about what’s in Gutenberg 1.4, check out the full changelog. Subscribe here to stay updated with the latest versions of the Gutenberg editor.

If you have anything to add, share or ask, please use the comments section below.